For a long time now, Apple offers you credit towards a purchase (or an Apple gift card) for trading in your old device. The program started out with just Apple devices, but the company now accepts Android phones as well. And why wouldn't it? What better way to make switching to iPhone easy?

[Want to sell or trade in your iPhone? Our guide will tell you everything you need to know!]

The Apple Store has never been a great place to trade in your Android phone for an iPhone, though. Apple doesn't offer quite as much as some other services, and you can almost always make more selling your old phone directly to someone else (though that is more difficult and carries more risk).

As of today, your old Android devices will fetch you a lot less from Apple than they used to. A Samsung Galaxy Note 20 Ultra, for example, used to fetch a maximum of US$545 and now tops out at US$405. It's not unusual for prices to adjust–as hardware ages, it is simply worth less that it used to be. But the pricing on most Android devices have dropped precipitously, regardless of age. 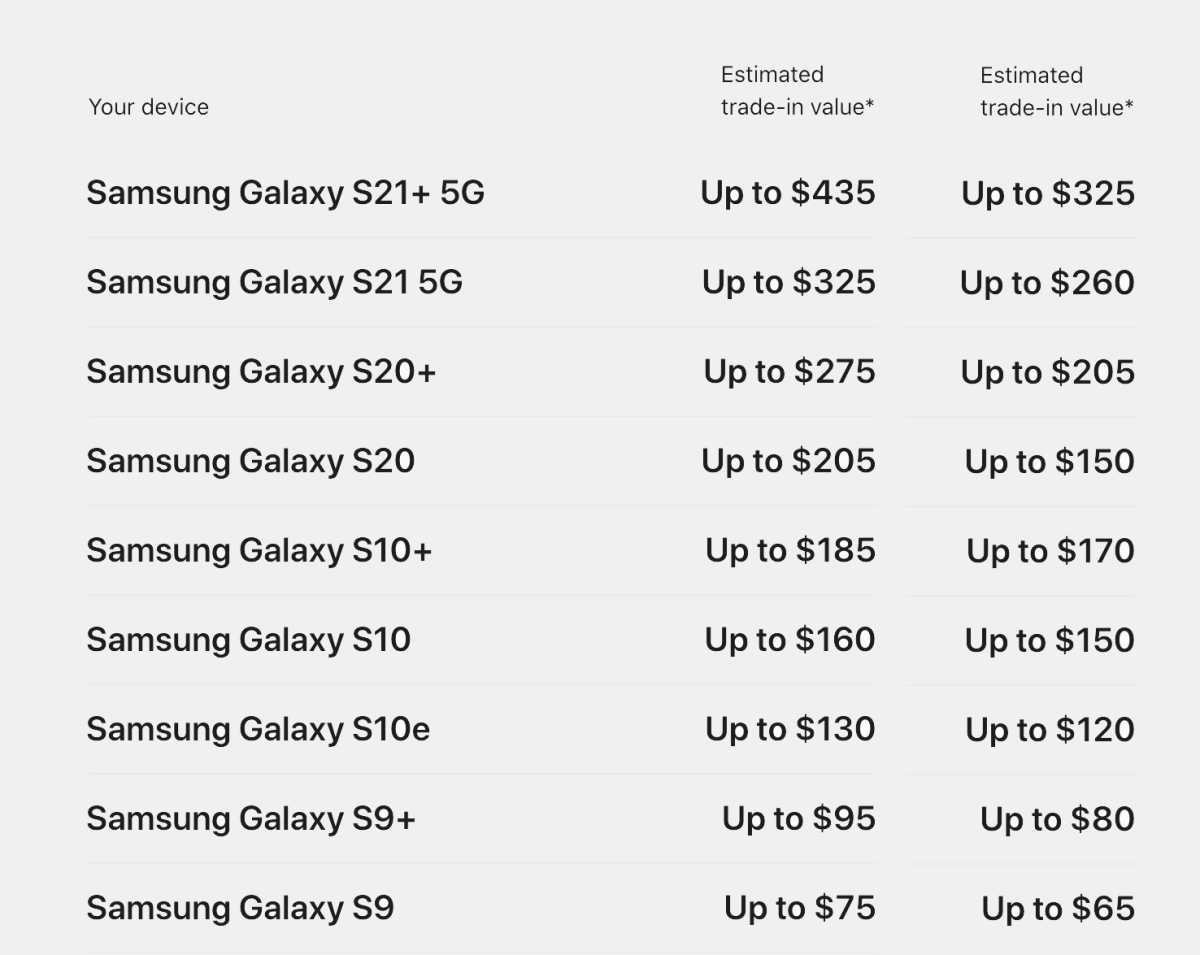 It's unclear exactly what Apple does with these Android devices once they're traded in but it probably works with an outside company who refurbishes or recycles them, and it could be that Apple simply isn't being offered as much for these devices as it used to be.

For what it's worth, the price on a few Apple devices has dropped as well–but only a handful of devices (like the iPad Air, iMac, and Mac mini) and by a relatively small percent, relative to Android devices.