Microsoft is buying Activision Blizzard. It's gonna try, anyway, with a deal worth more than the GDP of most of the countries on the planet, and a host of problems from employee abuse to just straight-up publishing duds, Microsoft may have just bought the world's biggest and most expensive can of worms. But let's assume that they get through the various regulatory hurdles, and Redmond adds one of the biggest publishers on the planet to its growing collection of subsidiaries.

Why Microsoft wants Activision Blizzard isn't particularly complicated. Though executives have made a couple of peeps about the nebulous metaverse, the simple answer is that Microsoft needs more and more exclusive content for its trio of platforms: Xbox consoles, PCs, and the Xbox Game Pass, both in download and streaming varieties. Combined with strategic acquisitions both big and small over the last few years (Bethesda, Mojang, Obsidian, Rare, Double Fine… it's a long list), Microsoft is well-placed to put its exclusive woes in the past, and emerge as the leader in a new world of games as a service. 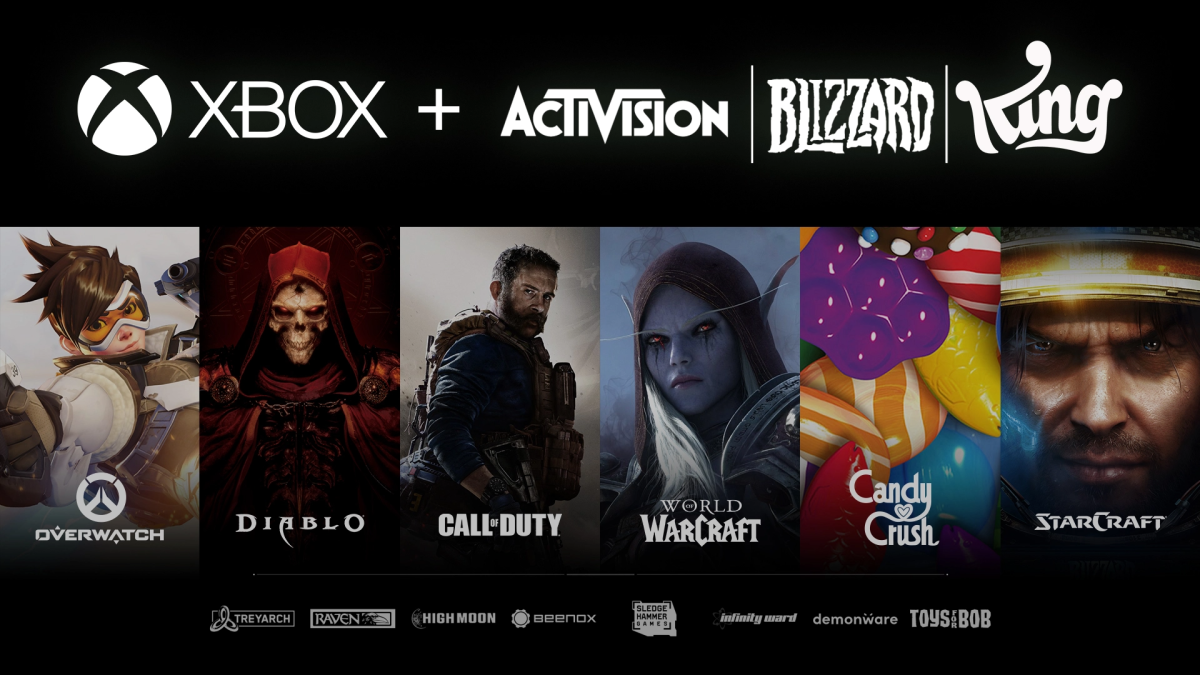 The really interesting question is this: What does Sony do now? After beating the snot out of Microsoft during the PS4/Xbox One era, Sony seemed ready to repeat its performance with the PlayStation 5, securing and marketing highly sought-after single-player exclusives like Spider-Man, Horizon, The Last of Us, Ghost of Tsushima, et cetera. Just this year the platform will host God of War: Ragnarok, Gran Turismo 7, Horizon Forbidden West, Forspoken, Sifu, and Ghostwire: Tokyo.

But even on this list, we're seeing Microsoft's strategy encroaching on Sony's territory: Ghostwire developer Tango Gameworks is a subsidiary of ZeniMax, making it now Microsoft property. While the game will launch as a console exclusive on PS5, it'll also be available on PC, and will probably grace the Xbox Series X/S in the not-too-distant future.

While Sony is playing to its strengths, it isn't resting on them. The last few years have seen it expand some of its most beloved PS4 titles from partner studios to the PC, albeit well past the point of getting buzz from the initial release. Starting with the excellent Horizon Zero Dawn, Sony went on to publish Days Gone and God of War, with the Uncharted collection coming in the next few months.

PC gamers without a supplementary PlayStation still don't have access to such tentpole titles as Spider-Man, Gran Turismo, or the gorgeous remake of PS3-exclusive Demon's Souls. But just three or four years ago it was almost unimaginable that Sony would allow any of the games it had published specifically to give the PlayStation an advantage to show up anywhere else. It's promising, and we can hope to see more and faster releases in the future. (Come on, Sony and Guerilla, I want to play Forbidden West on my ultrawide!)

But what about that big streaming elephant in the room? [Editor's note: Michael, I told you to stop talking about elephants streaming. It's problematic.] While Sony technically does offer game streaming via PlayStation Now, it's well behind Game Pass in terms of technical prowess and availability. The service just added 1080p capabilities last year, and it's only available on a PlayStation or a Windows PC, with no mobile or Mac options. PS Now also has a rather aged library and doesn't feature brand new games, a staple of Microsoft's offering: Game Pass players were grappling around the wilderness of Halo Infinite on release day at no extra charge. It's also not included with PlayStation Plus, the paid service required for access to PlayStation's online multiplayer.

PS Now is looking long in the tooth next to Game Pass. Hell, it's not so impressive compared to something like Stadia or GeForce Now. But someone at Sony knows this: Last month Bloomberg reported that a PlayStation-branded rival to Game Pass is in the works. The service, codenamed Sparticus, would replace both PlayStation Now and Plus, offering multiplayer services at its bottom tier with two more tiers of game library access, with titles going all the way back to the original PS1 and PSP. There's something Microsoft can't offer: game content from the pre-2000 era, hitting millennial gamers square (and triangle, circle, and X) in the nostalgia.

Bloomberg didn't discuss whether this expanded PlayStation streaming service would be available on phones and tablets, smart TVs, or anything else you can access with a browser. Xbox Game Pass has notably expanded to almost every platform (even when those platforms didn't want it!), and even started to support touch controls for its streaming games. It's also not clear whether PlayStation's Game Pass alternative will feature brand new games on the day of release. If not, Sony will still be at a distinct disadvantage in that area. The rumored release is spring 2022 — we'll have to wait and see.

A turning point ahead

Microsoft's strategy for this console generation — and for the foreseeable future of PC gaming — has been made quite clear. Sony has a choice in how to respond: Double down on the current paradigm of big AAA exclusives, sold one at a time, or try to fight Microsoft on its turf and go toe-to-toe with Xbox Game Pass. Which way it will go is a matter for speculation.

But since we're speculating anyway: I get the impression that this year, Sony will make a big deal out of its Game Pass alternative, without completely committing to it. Sony is a big, old company, hesitant to leap at anything it hasn't created on its own. Just take a look at how it's stagnating in the phone division for an example. 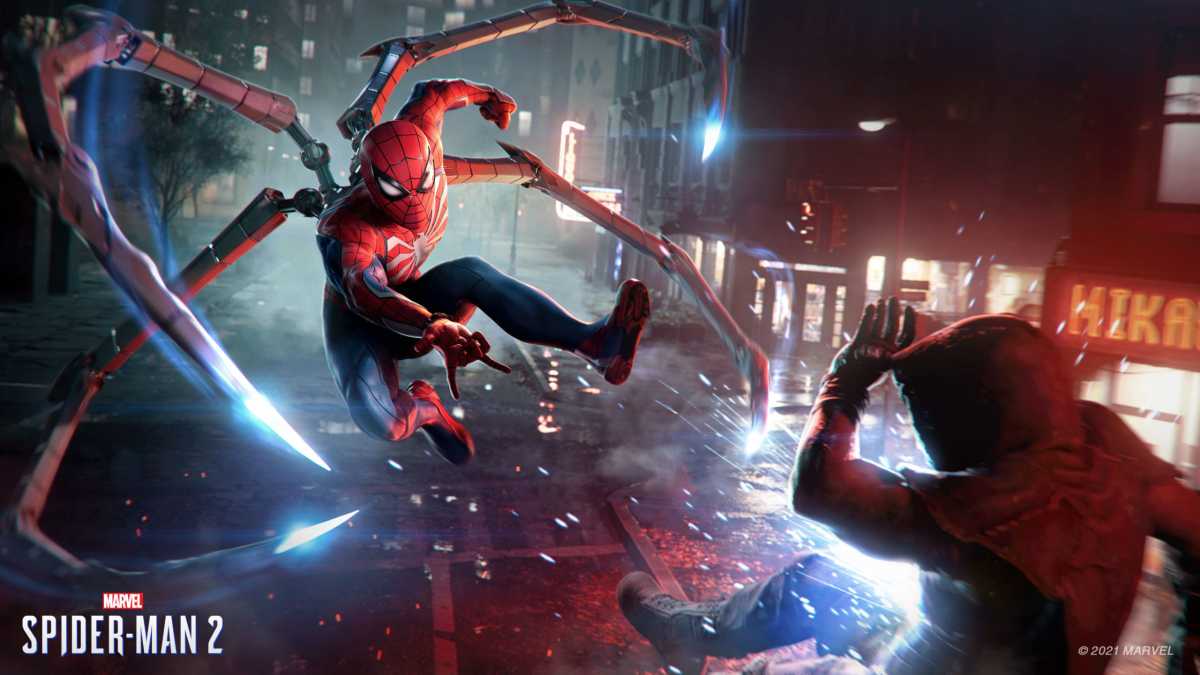 Spider-Man 2 for PC? We can dream. Image: Marvel

That being said, Sony isn't slow to the point of death. The fact that the company has been willing to expand into the PC market, hesitant as it has, is evidence that it's willing to embrace new directions even as it sits at the top of the pile. Remember that the original PlayStation was born when Nintendo backed out of a deal, a bold move that resulted in three decades of success. And Sony is willing to bend to market forces when it absolutely has to — for example, when basically the entire industry called BS on its walled garden of online multiplayer for Fortnite and other online games.

PC gamers, at least those who are optimistic, can expect expanded options from the PlayStation brand this year (or possibly next). That may come in the form of a streaming service that grants access to previously unavailable PlayStation exclusives, or simply more and more of them ported straight to the PC platform. Or, if we're really lucky, a combination of both.