Few things are guaranteed, but we can tell you without a doubt that MSI's updated GE76 Raider is faster than Apple's touted MacBook Pro 16.

How do we know? Because Apple has already admitted the older GE76 Raider—our favorite gaming notebook of 2021—was faster than its M1 Max-based MacBook Pro 16, and MSI just updated it's CPU, GPU, and cooling system to make it even faster.

While we don't know too much about how the Core i9-12900HK performs in a laptop just yet (it was only announced Tuesday), some vendors have said it's 40 percent faster than its predecessor. Besides the Alder Lake buff, MSI said the GE76 Raider features a new phase-change liquid metal pad that changes from solid to liquid at 58 degrees Celsius. MSI said the new phase-change liquid metal pad is a more reliable and efficient thermal interface material than conventional pastes and liquid metals being used today, which can increase the CPU's performance by 10 percent. Likewise, Nvidia hasn't spilled details GeForce RTX 3080 Ti Laptop GPU's performance yet except to say it outperforms a Titan RTX desktop GPU—yes, a desktop Titan RTX.

That means the GE76 Raider is going to definitely be faster than the model it replaces, which again, Apple already admitted was faster than the M1 Max MacBook during its keynote (albeit while using more power.) The other feature of the GE76 Raider that we can guarantee is also faster is its SD card reader, which supports those radically fast new SD Express cards. The Apple MacBook Pro 14 and MacBook Pro 16 have taken some dings for only having an plain UHS-II card reader. To be fair, one advantage the UHS-II gives you over SD Express is legacy SD Card support. On cards other than SD Express, the slots fall back to UHS-I speeds.

MSI said the laptop will be available for pre-order on Jan. 25th, with ship dates in early February. The price? Well, let's just say it's a little Apple-like with the top-end configuration reaching $4,199. 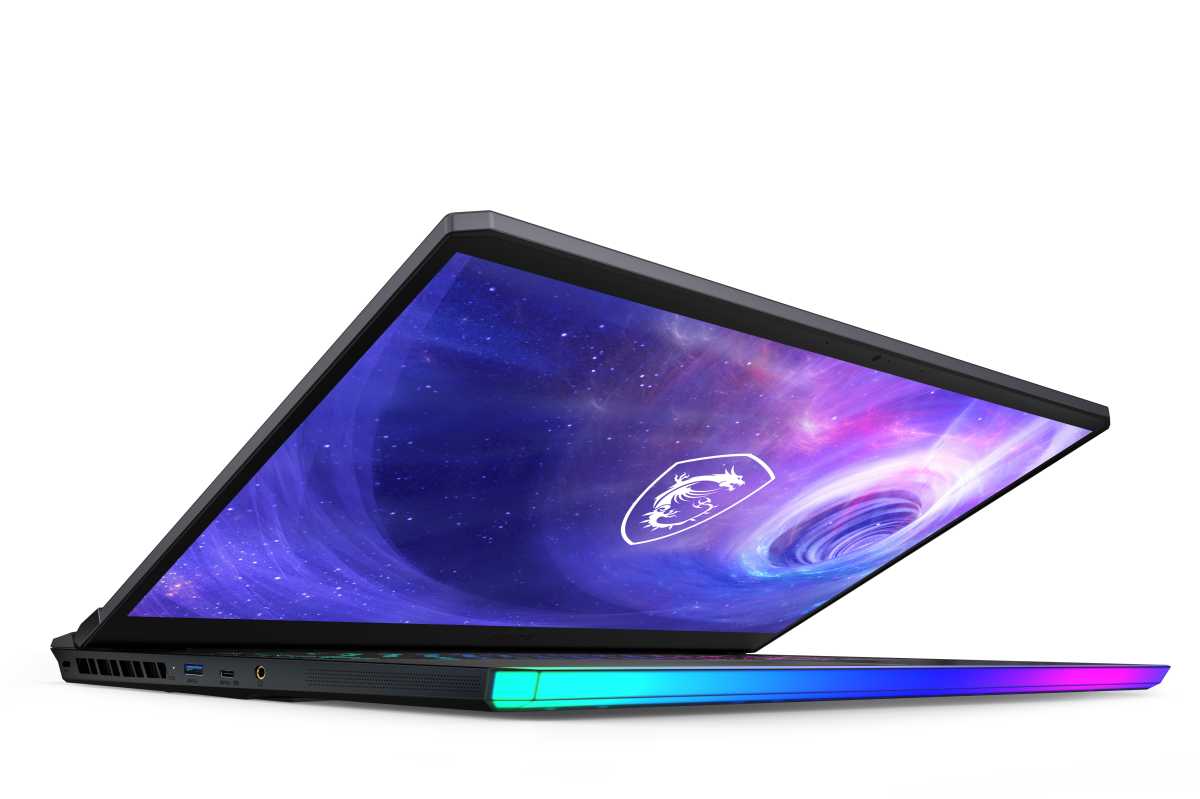 The RGB is what makes the GE76 RaIder with 12th gen Core i9 and GeForce RTX 3080 Ti Laptop go faster than the M1 Max MacBook Pro.