As 2021 draws to a close, it's only natural to look back at the year that was and cast our appraising glances over all the things that Apple did during the last 12 months. Despite a global pandemic, the company managed another year of record quarters, released a slew of new products, and fended off some significant challenges.

But when history considers 2021, what will be the stand-out developments, the ones that end up having a long-term effect on Apple and its customers? I've picked out what I think are three of the biggest things to happen in Apple-land over the last year. Let's take a look.

Pro to the Max

In 2020, Apple kicked off what it said would be a two-year processor transition, and in 2021 that transition was well underway. But though the M1 MacBooks and Mac minis that debuted last fall impressed reviewers and users alike, the biggest question coming into this year was whether Apple's new processors could match the kind of power that professional users needed for demanding tasks.

The answer, when it arrived in the form of the M1 Pro and M1 Max, seems to be an unequivocal yes. The chips that power the new high-end MacBook Pros are truly impressive, able to deliver high-end computing and graphics power while maintaining the kind of energy efficiency for which Apple's silicon has become renowned.

The Max and Pro configurations of the M1, 8- and 10-core powerhouses that scale up to 32 graphics cores, proved that Apple was no one-trick pony when it comes to processor design, and reinforced that its decision to abandon its partner of the last decade was not just a reasonable one, but a no-brainer. 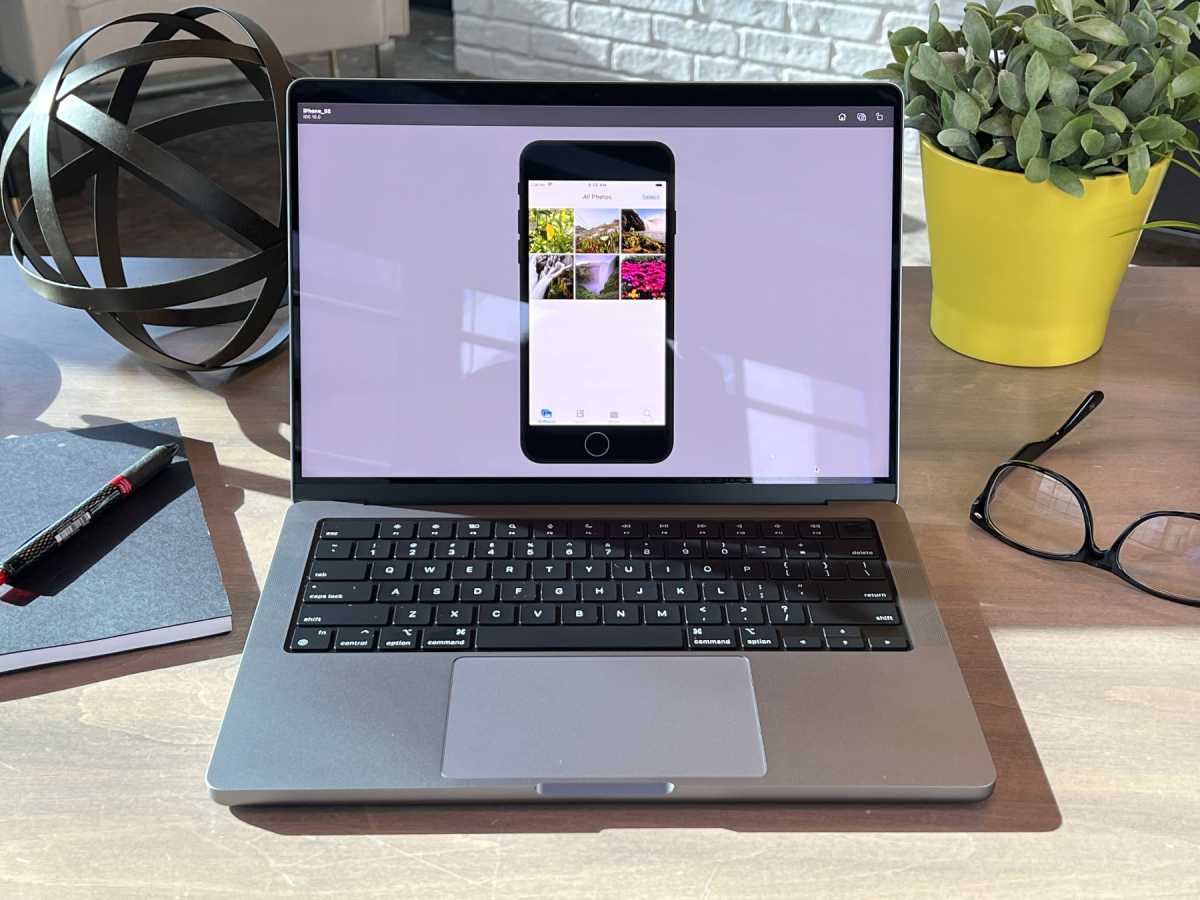 The new M1 Pro and Max in the MacBook Pro demonstrate how well Apple silicon can handle professional work.

The new Macs: Not quite the same as the old Macs

Last year's processor transition was largely an under-the-hood affair. Neither Apple's new MacBooks nor its updated Mac mini featured significant design changes from their Intel predecessors, focusing instead on staying the course and providing continuity for customers.

That all changed with the spring's release of the brand new iMac, featuring a wholly redesigned chassis and a 24-inch 4.5K Retina display that replaced the prior model's 21.5-inch. Taking advantage of the efficiency and low power consumption of Apple silicon allowed the company to make a razor-thin computer that could still provide impressive performance. It also featured a few interesting changes like an Ethernet port on the power brick and improvements to the mic, speakers, and webcam. Oh and let's not forget an assortment of eye-catching colors (and yes, it still comes in boring old silver if you want).

In the fall, the MacBook Pros followed suit (except for the colors), bringing not only the aforementioned M1 Pro and Max chips, but also a refurbished exterior and—to the delight of many power users—the return of legacy ports like MagSafe, HDMI, and the SD Card slot. In sum, the MacBook Pro finally delivered exactly the product that its target market was looking for: power and connectivity in a sleek, impressive package. 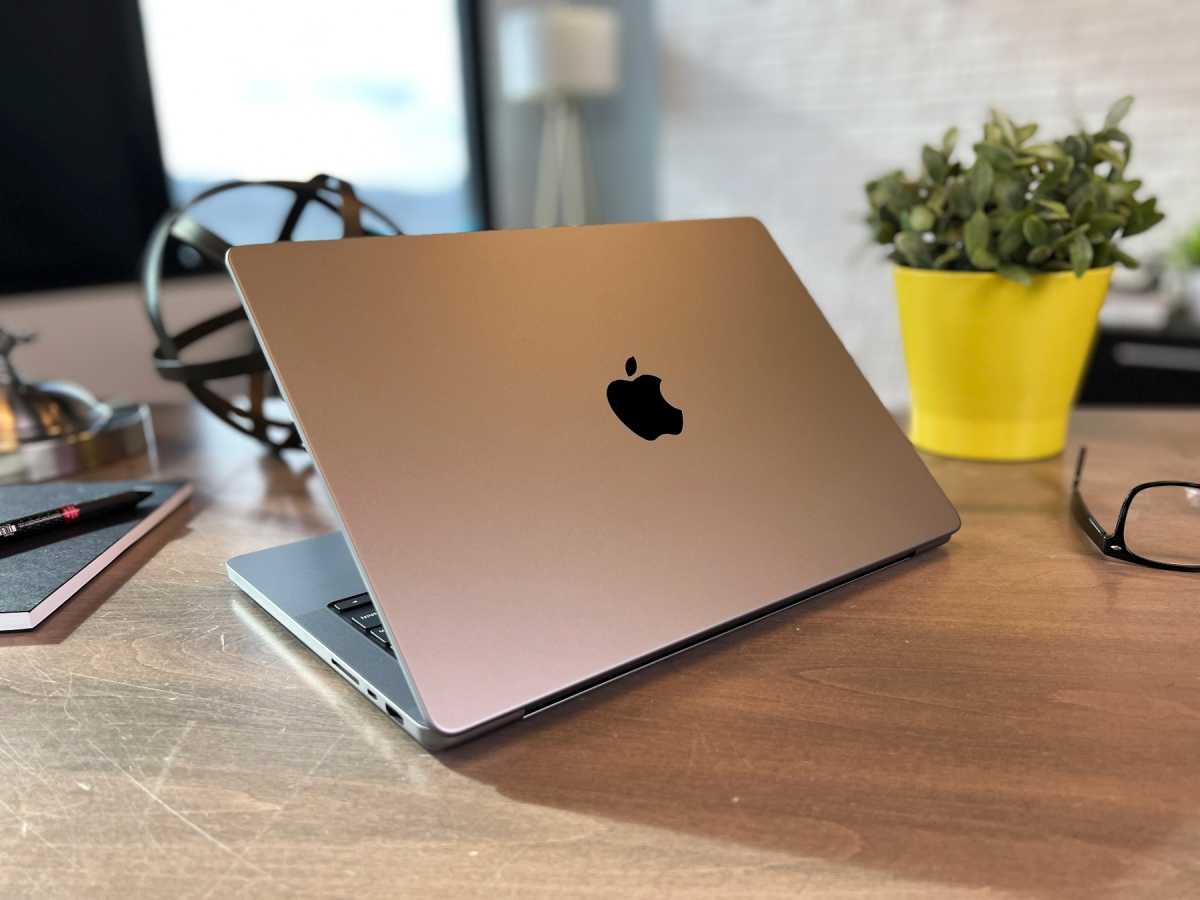 At the beginning of 2021, I highlighted three battles to watch, chief among which was the then-upcoming trial between Apple and game-maker Epic. To the surprise of many, that conflict ended with a decisive victory by Apple, which prevailed on nine out of the ten counts. And, earlier this month, the company earned a stay on the one injunction stemming from the lost count, leaving the door open to an appeal that might turn the earlier decision into an unqualified win for Apple.

While other challenges remain in the year ahead, including action from the European Union and investigations from the Department of Labor and possibly the Department of Justice, Apple's win over Epic has only solidified its hold on the App Store business model. And though that might go over well in Cupertino, many app developers and even some consumers may be less sanguine about the ultimate impact.

Apple did end up making one concession on the App Store, thanks to an investigation by the Japan Fair Trade Commission, which will see so-called reader apps be allowed to add an external link into their program for the purposes of subscription and account management. But compared to the company's victory over Epic, that was a relatively meager trade-off, and it's unlikely to change the fundamental nature of the App Store.

There was plenty more that transpired in 2021, including the release of Apple's latest platform updates, a brand new iPad mini, new iPhones, an M1-powered iPad Pro, and the long-awaited unveiling of AirTags, among many many more. One late-in-the-year development that surprised and pleased many was the announcement of a program, starting in 2022, that will allow users the limited ability to service their own iPhones, an offering that will supposedly be coming to other Apple product lines as well.

2022 promises to be no less of a big year for the company, with many rumors and reports already providing plenty of food for thought. But that's a topic for another column, so stay tuned for next week when we discuss what to look for from Apple in the year ahead.