Apple's 2021 was one that was… good, but not surprising. After a dramatic 2020 where a global pandemic raged and yet Apple shipped a new iPhone redesign and entirely new processor architecture, 2021 was about settling in. The pandemic undoubtedly delayed some developments from 2021 into 2022, but Apple's 2021 was always going to be a bit of an anticlimax after the drama of 2020.

The problem with making predictions is that there's a difficult balance between wishcasting about what you'd like to happen, and approaching things with a steely eye and the discipline to know that just because you really want Apple to make an affordable external display, it's probably not going to do that on your timeframe.

Last year, while 2020 was wrapping up and I looked forward to 2021, I largely read the room correctly—after a big year, things would settle down a bit in 2021. That was a good call, though it didn't stop me from missing one of the most pleasant surprises of the year, or for predicting something that was entirely unlikely to happen just because I wanted to see it. Here's a recap.

The Mac: Slower than expected

After launching the Apple silicon revolution last year, I was tempted to get excited and predict radical new Mac designs. But for the most part, I restrained myself, and that proved to be the right decision.

For years, I've been dreaming of an iMac redesign, and in 2021 we finally got one, but only with the 24-inch iMac. If you keep making the same prediction, you'll probably be right eventually. While I wishcasted a completely redesigned iMac with a touchscreen or Apple Pencil support and a drafting-table style stand, I predicted Apple would take the conservative route, and they basically did. The M1 iMac comes in colors, though–I would never have dared to predict that.

However, the 27-inch Intel iMac is still with us going into 2022. This is a bit of a disappointment, though I wonder how much the ongoing issues related to the global pandemic delayed Apple's Mac roll-outs this year. I fully expect the iMac to complete its transformation in 2022–but that's another article. 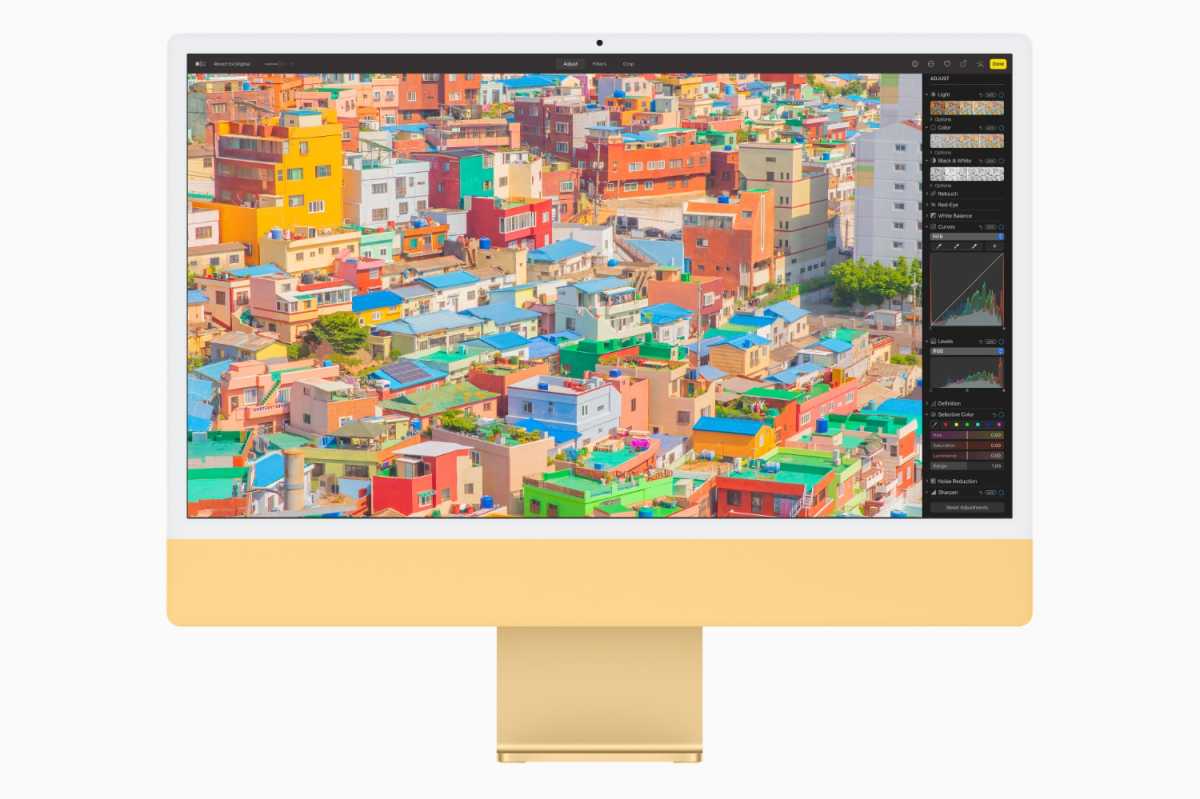 The 24-inch iMac seems like a radical departure, but it's really more conservative than what they could've done. Image: Apple

On the laptop side, I predicted that Apple would complete its update of the MacBook Pro by bringing in two new models powered by a new Apple silicon chip. I got that part right, though I didn't correctly predict how it would do it. I assumed it would release a higher-powered M2 processor in the fall and use it to power MacBook Pros; instead, Apple jumped ahead to what I thought might wait a year, by introducing a few different chips with more CPU and GPU cores.

After so much drama in the Mac in 2020, I assumed Apple would be a little more sedate in its macOS updates this year, and I think that's pretty much borne out. When I installed macOS Monterey on my Mac, I didn't feel like the experience was especially transformative–and that's just fine. That said, despite being a fervent supporter of Shortcuts on iOS, even I didn't dare wishcast that we'd get Shortcuts on the Mac. And we did! What an unlikely gift for 2021.

However, I have to admit that I caved in to wishcasting and predicted an Apple standalone display that was more affordable than the Pro Display XDR. It didn't happen, nor should it, not while the larger iMac hasn't even been introduced yet! There's always next year.

iOS and the iPhone: Don't rock the boat

2021 looked like it was shaping up to be a pretty stable year on the iPhone and iPad side, and that was largely borne out. Exciting? No! But the truth is, Apple only redesigns the iPhone every few years, and the interim years are… less exciting.

After the visual redesigns of the iPhone 12 last year, it wasn't hard to guess that Apple would keep on keepin' on in 2021. The iPhone 13, which I correctly predicted wouldn't be renamed out of some sort of superstition, was indeed more or less like the current models, albeit with some new colors, some textural variations, and maybe a smaller ‘notch' for the TrueDepth camera stack.

(Note to my fellow predictors: Apple's iPhone designs are created so far in advance that the rumor mill has usually correctly reported the details of the next year's iPhone design long before you need to write your predictions articles. It kind of takes the fun out of it, for all of us! That smaller notch unveiled in June in the iPhone 13 was something we knew about in late 2020.)

There were, and are, still rumors that Apple is going to ultimately remove the Lightning port from the iPhone and replace it with nothing. I didn't buy it then, and I'm not sure I buy it now. Apple has often strived for simplification in its hardware, most recently by getting rid of the wired headphone jack.

But Apple has also seen some of its recent aggressive moves backfire, most notably with the keyboard, touch bar, and port limitations of mid-2010s MacBooks. And while the MacBook debacle was painful, the Mac is not nearly as important to Apple as the iPhone is. If Apple makes a bad decision that drives people away from the iPhone, it could be devastating.

I'm not saying it's impossible. Apple could include a MagSafe connector in every iPhone box, though that would certainly cut into its profit margin. It could even engineer a way to transfer data via a wired connection through something similar to the iPad Pro Smart Connector. But it would be a lot of work to eliminate that Lightning port, and is it really worth it? 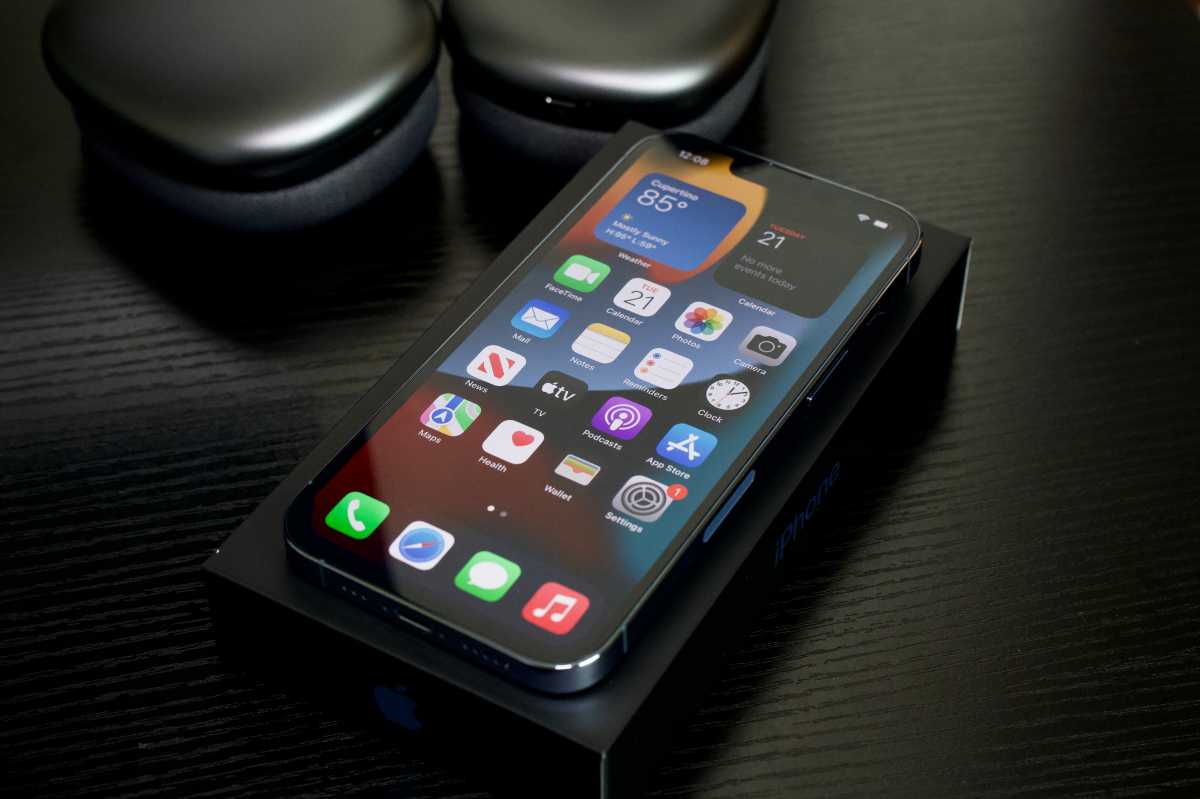 Apple didn't change the iPhone design much from its predecessor.

One place where I truly blew it on the iPhone was my prediction that the pandemic would drive Apple to get the button-based Touch ID sensor from the iPad Air on the iPhone 13. It didn't happen. If you ever needed evidence that Apple is not going to change its locked-and-loaded iPhone designs even if it's got more than a year to do so, it's this.

On the iPad front, I predicted a proper iPad Pro update, compared to the previous year's minor step with a barely upgraded processor. For 2021, I expected a chip upgrade similar to the M1. It turned out it was so similar, it was just the same. I also hoped the rumors of an upgraded display using mini-LED technology were correct, and they were, at least in the larger model.

Finally, I didn't expect much from this year's iOS updates. And, just as with the Mac, I think that was prudent. But I did hope we'd finally see a redesigned iPad home screen that would let you place widgets anywhere, as you could on the iPhone, and we did get that.

2022 will probably be a more dramatic year for Apple than 2021. There's a processor transition to be finished, and perhaps new hardware categories to be entered. As for this year, it's pretty much what we expected–except for that external display. At least I finally got my redesigned iMac!