With a flax-based PCB and motherboard mounted behind the screen, rather than the usual place under the keyboard, Dell's Concept Luna laptop definitely shakes things up. But the funky interior design isn't even the boldest advancement. Dell created Luna to push a sustainable PC vision, and even wilder, parts of it can be sent back to Dell when you upgrade to be reused in other, cheaper laptops. Yes, Dell is thrusting used hardware and responsible reuse into the spotlight.

On the face of it, Concept Luna looks like a swing-for-the-fences attempt to build a laptop with half the carbon footprint of a conventional laptop. The aluminum body would be made in a plant powered by hydro-electric power, while the motherboard would be made with a flax-fiber held together with a water-soluble polymer that's easy to be broken down for recycling.

To cut down on parts, the motherboard and CPU could be passively cooled and mounted vertically behind the screen rather than the conventional placement under the keyboard. Since the motherboard itself is one of the more intensive components in any laptop to make, Dell helps reduce that by reducing its size by 75 percent and reducing component count by 20 percent. 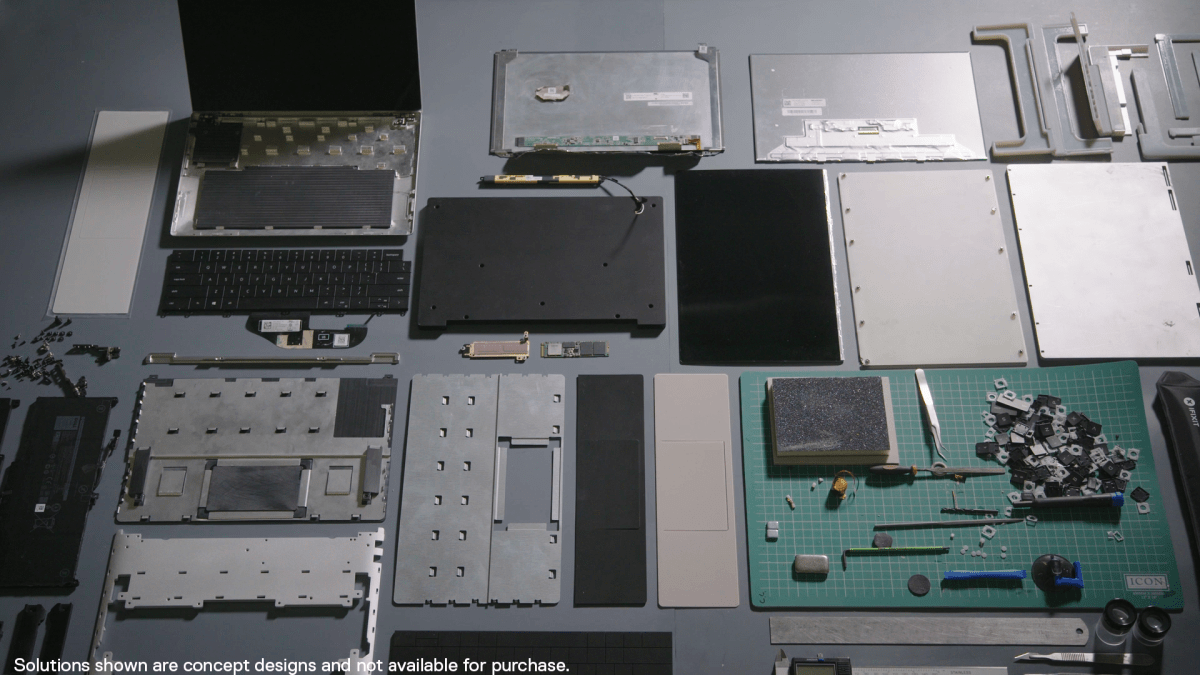 Are you ready to upgrade your laptop with used components? Image: Dell

To improve its serviceability, the use of screws is reduced by 10x over a conventional laptop and components would use a keystone design that lock into place without resorting to glue. Of course, the laptop would be as modular as possible, and Dell is aiming for a total of 1.5 hours to take the laptop apart and replace components, including the screen and keyboard. The battery would be lithium iron phosphate, which has twice the life cycle of a traditional lithium ion battery.

All this sounds great for sustainability nerds, but the moon shot might be how the Concept Luna is upgraded, and reused. Rather than taking a Concept Luna PC and chucking it into e-waste or sending it out to be stripped for its precious metals when done, the motherboard could be removed from the laptop and replaced with a newer one. While you get to enjoy a newer, faster CPU in your system, you'd return the older motherboard to Dell, where the company could install it in a lower-cost laptop to be resold.

Obviously the new customer would know he or she is getting a laptop built with reused components, but Dell believes it won't be an issue as parts such as the motherboard and CPU tend to be very durable once past their prime. That's largely going to be the hardest part of Concept Luna getting people to move from using and disposing of an entire laptop and instead shifting to a model of use, reuse, and reuse again until the individual component has lived its full lifetime before being easily recycled. 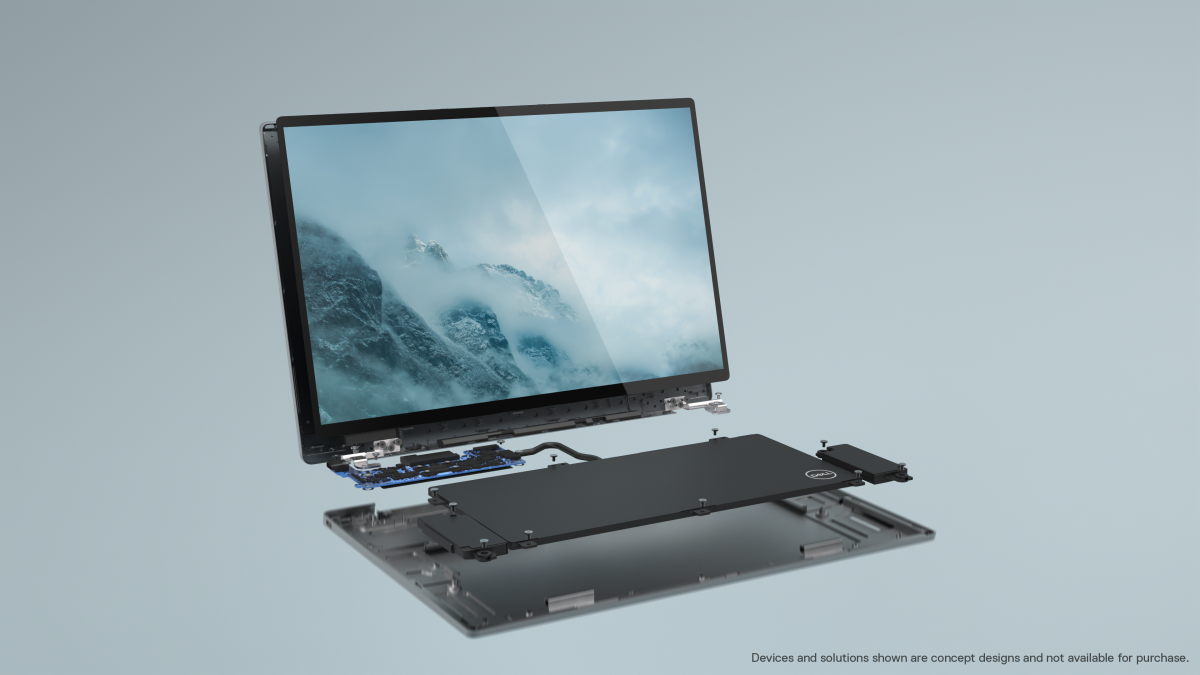