Shazam has become ubiquitous with IDing that song you hear on the radio, but you might not know that Apple actually owns the service now. And It's built right into your iPhone without needing to download the app. 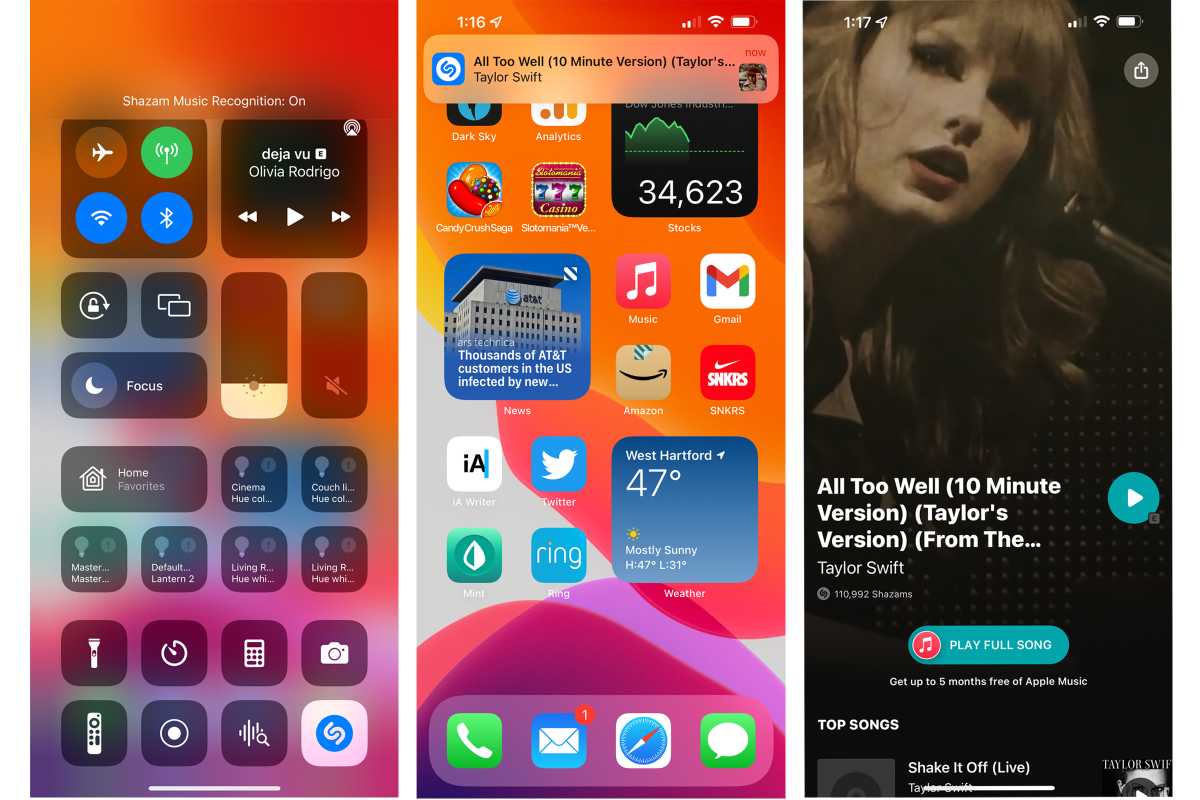 When you tap the Music Recognition Control, your iPhone will identify what it hears and provide information about the song without needing to download Shazam.

Then when you hear a song that you want to identity, all you need to do is open the Control Center (which you can speed up with a Back Tap gesture) and tap the Music Recognition icon. Your iPhone will then listen to what's playing in the background and notify you via a banner when a song has been properly identified. (Unfortunately, Music Recognition doesn't stay active, so you'll need to tap it again when you hear another song.)

Tapping the banner will launch an App Clip with the name of the song and the artist as well as a link to the Shazam app in the App Store. You won't get as much info as if you had the app installed, but it's an excellent way to quickly ID that cool song you hear.