AMD's semi-custom chips power both the Xbox and PlayStation, as well as Valve's hotly anticipated Steam Deck. Qualcomm's processors can be found inside many phones, including those designed for gaming. Now Qualcomm is muscling its way into the middle ground too, announcing a chip for handheld consoles (yes, like the Steam Deck) called the Snapdragon G3x Gen 1 Gaming Platform, and a partnership with Razer to develop it.

Qualcomm estimates the global mobile gaming market is worth about $90 billion, and growing fast. According to Micah Knapp, senior director of product management at Qualcomm, gaming is increasingly nomadic: PC gamers aren't exclusively PC gamers, but are willing to use consoles and other platforms to play exclusives and cross-platform games.

That's the premise of the Snapdragon G3x Gen 1, a chip which will drive the Razer concept. It's an elongated mobile handset that looks more like the proportions of a small skateboard (or an old Sega Game Gear) than a boxier console like the Nintendo Switch. Knapp said the decision to create the G3 was a simple one. Qualcomm's business model has been to create a platform for markets that justify them, such as the PC or cars. While many users continue to game on their phones, the G3 tries to address the concept of what's next — combining elements of its PC and mobile gaming platforms, such as fan controls and ports to connect to external 4K displays.

Qualcomm isn't really saying what's in the G3x chip itself. We don't know which version of the Kryo CPU or Adreno GPU is inside of it, for example. What Qualcomm did say is that the chip will enable 144Hz, 10-bit HDR gaming, while being connected either via a wired USB-C cable to an external display or to an XR viewer. The chip will also include WiFi 6e to enable games from Xbox Cloud Gaming and other solutions to stream wirelessly to the console. There will be support for Snapdragon Sound, too. 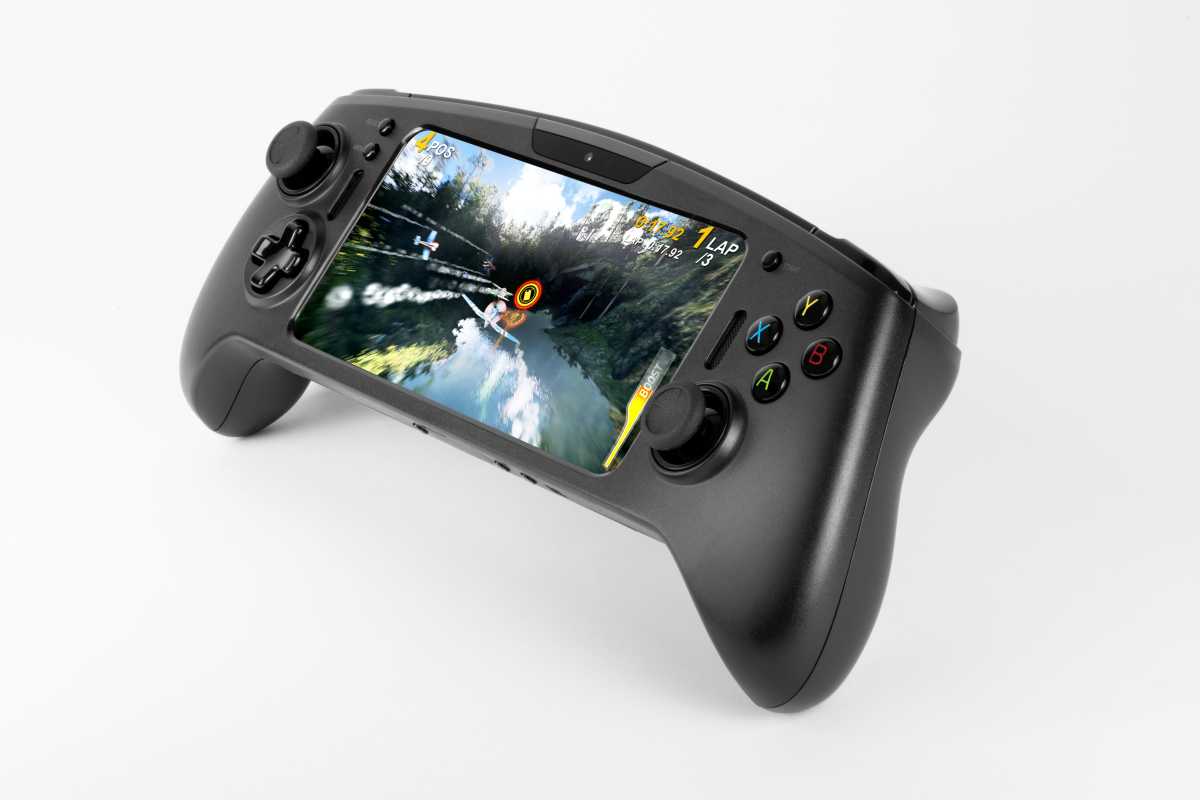 Razer, however, is being a little more forthcoming. Here's what Razer has publicly released about its new development kit, which will invite comparisons to the Nintendo Switch, Valve's Steam Deck, gaming phones like the ROG Phone, niche Android consoles like the Moqi I7S, and Razer's own Kishi mobile game controllers, which clamp onto the outside of a phone.

Just to be clear: there is no Qualcomm G3x gaming console, yet. Razer signed on to create a development kit, which is not being sold at retail. The kit contains elements which could end up in a retail product, such as fans, integrated controllers, and a large battery. This is being sent into the developer community, to give developers a sense of what the future of gaming will look like, Knapp said, so that developers can begin designing games for what's coming in the future. 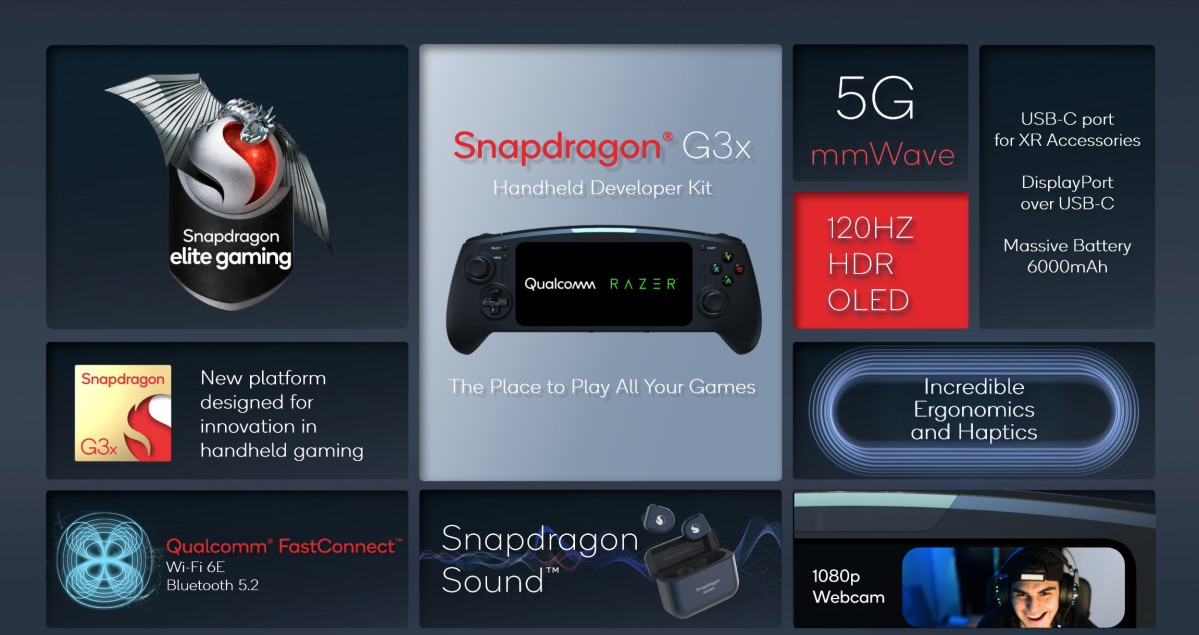 And that future envisions playing all your games on the same platform, Knapp said. In this case, this specifically means Android games and PC games, as well as games streamed from the cloud. Qualcomm even designed in enough performance headroom to allow mobile streamers to play, capture, and stream the game to their audiences.

According to Knapp, Qualcomm's G3x gaming platform will underlie gaming devices of all sorts, including consoles, HDMI game sticks, and more. As developers get interested, as…the public becomes aware of this new platform, we do expect to see OEMs will take this chipset platform and create their own devices.

We'll have to see what the future holds.