Windows 11 has a few rough spots. But for power users, there are none rougher than the new interface, specifically Microsoft's new approach to the Start menu and taskbar. What had evolved into a surprisingly functional and elegant tool as of Windows 10 seems to have taken a few steps back, imitating other modern operating systems but losing a ton of customization options.

After switching to Windows 11 (when you work for a place called PCWorld, you can't really play Luddite), I was missing the option to expand items on the taskbar with text descriptions, and to place taskbars at the top of the screen. Both of these options are things I've been using for years, and are fairly important to my multi-screen workflow. Enter StartAllBack.

Here's how to get Windows cheap (or even for free)

There are options for fixing both of these omissions from Windows 11; you can tweak some registry entries, you can wait for Microsoft to add them back in. But as usual with new OS upgrades, there's a thriving collection of developers eager to solve the problems that are cropping up. The best choice I've found after about a month of testing is StartAllBack. It comes from the same developer as StartIsBack, which did a lot of the same things for Windows 8 and 10. 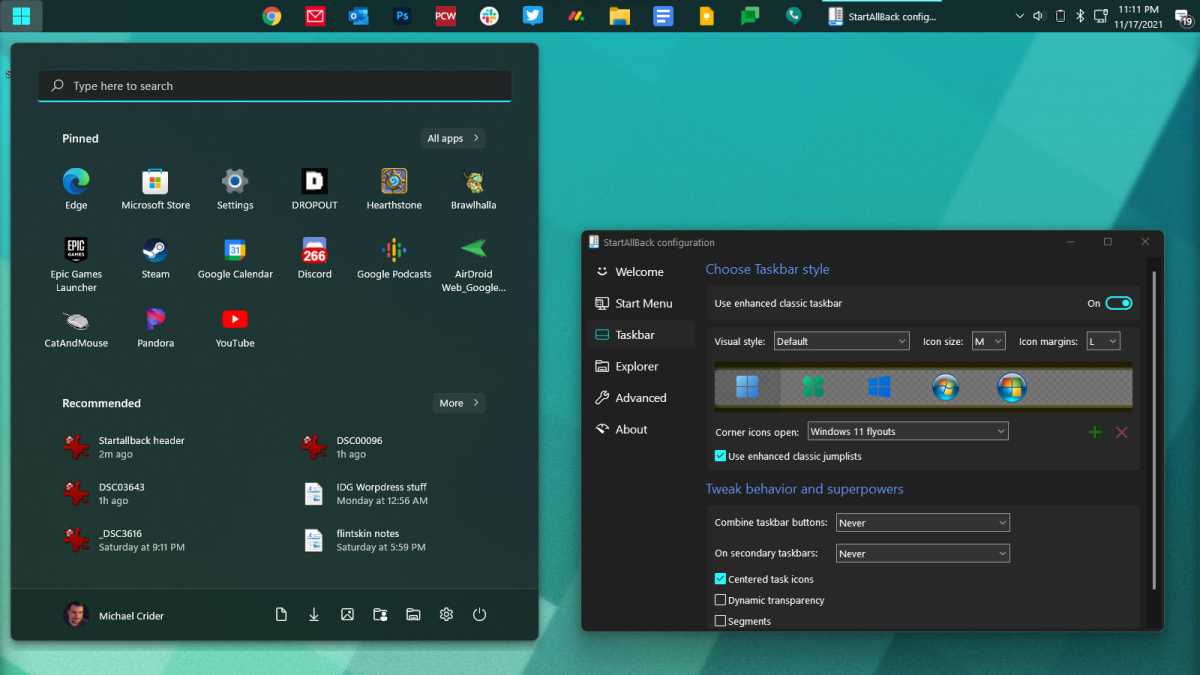 StartAllBack primarily allows you to revert some or all aspects of the Start Menu and taskbar to Windows 10 style (or in some cases, Windows 7, for those who really can't let go). You can adjust the taskbar and the Start menu, or either one without touching the other, and there are even a few tweaks for Explorer menu items. If you opt to mod the Start Menu, you're dealing with a good-looking imitation, not the native Windows implementation. But the program makes up for that with deep customization of your quick access to programs and folders.

For my money (a very reasonable $5), the ability to easily get the text labels for windows and the option to put the taskbar at the top of the screen are worth it. The Start menu tweaks I don't need — I actually really like the new ChromeOS style layout! — and I kinda dig the centered look, as long as the Windows button sticks to its home in the corner. If ever you need to revert to Windows 11's default control scheme, you can log in while holding the Escape key, or just uninstall the program.

An easy (and cheap!) solution

But StartAllBack makes those few very crucial tweaks I crave, with a refreshing lack of impact on the rest of Windows 11's good-looking interface That's more than I've seen from some other alternatives, like Start11, which can move taskbars to different positions but results in some decidedly weird window behavior if you do. Start11 also can't bring back the text labels, which is something of a dealbreaker for me. 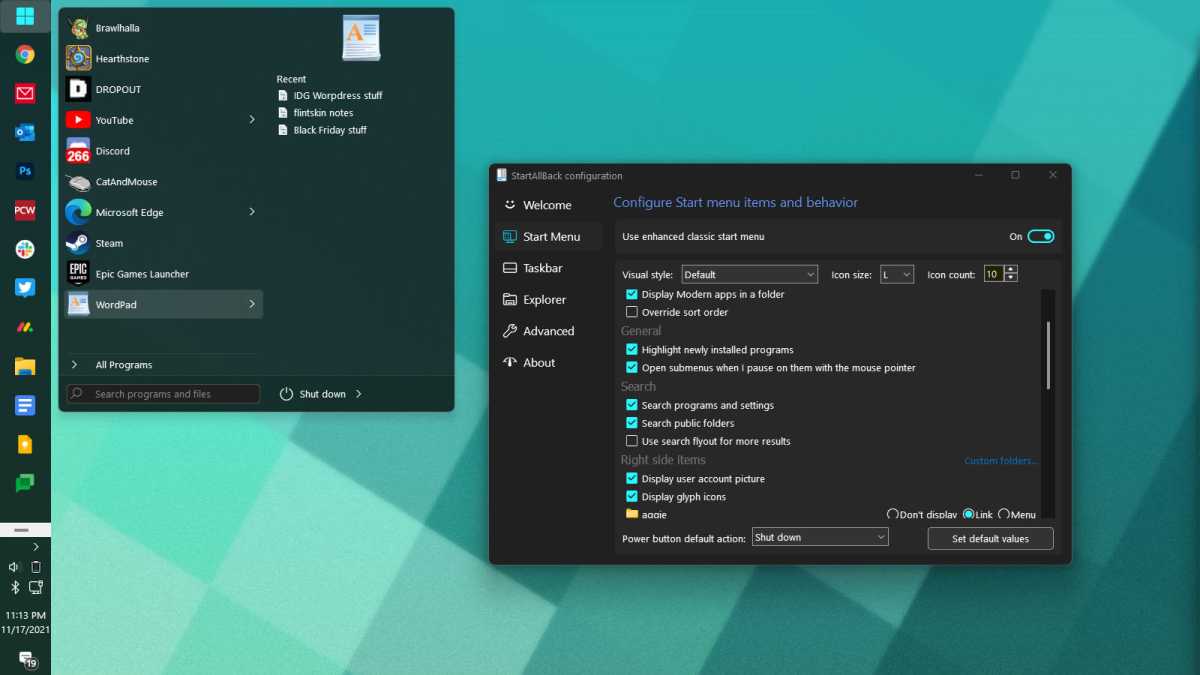 You don't have to take my word for it. Both Start11 and StartAllBack are available with free 30-day trials. (Don't try to run them both at the same time, weird stuff happens.) Once you've chosen one, it's not expensive to commit. Since Start11 is US$5.99 and StartAllBack is US$4.99, you can get back to a more comfy Windows interface for about the price of a big, fancy latte. Licenses for multiple machines cost a few dollars more.