As the waning days of 2021 are upon us, it's time once again to look ahead to the future, to the horizon. Despite a global pandemic and supply chain woes aplenty, Apple has had a blockbuster year, with successful launches of new iPhones and iPads, and a continued transition on the Mac that is redefining the product line for the next generation.

But in the tech business, you're only as good as your next move. No company can afford to rest on its laurels, and even Apple, with all of its success, is not an exception.

So as we start thinking about closing the books on 2021, it's worth looking ahead to that puck that Apple's skating towards. And while we may have good reason to anticipate some of its upcoming products, there are always places where Apple could have something surprising up its sleeve.

The most powerful Macs

Given the impressive performance of the M1 Pro and M1 Maxchips in Apple's new MacBook Pros, the company has quelled any doubts that it can produce professional-level computers based on its own silicon.

Which is good, because with the recent discontinuation of the Intel-based 21.5-inch iMac, the company's shifted the vast majority of its product lines to its own chips. And, as anticipated, it's left the most powerful for last.

This year's redesign of the 24-inch iMac gave us some idea of what we can expect to see when the company presumably refreshes the current 27-inch iMac sometime next year, including a focus on Thunderbolt/USB 4 ports, eye-popping colours, and a slimmer design.

On the other hand, the recent MacBook Pro update also embraced conventional options like HDMI and an SD card slot, forwent the bright colors for traditional silver and space gray, and actually got a little bit thicker than their predecessors.

From those data points, we can perhaps interpolate the larger, more powerful iMac as taking something from both ends of the spectrum. No doubt it will include the M1 Pro and M1 Max processors, with more RAM and storage options, and perhaps a smattering of additional ports.

Though I do think that the positioning of the SD card reader on the back of the current iMac has always been a bit inconvenient; perhaps Apple might consider moving it to the side, à la the headphone jack on the 24-inch iMac.

Here's hoping it embraces fun and colour, even though it seems possible Apple has decided that professionals like gray.

That 24-inch iMac also boasts a screen that's certainly far larger than even the 16-inch MacBook Pro, but the specs on the latter put it to shame: 254 pixels per inch, compared to 218 ppi on the iMac, and double the average brightness (500 nits on the iMac versus 1000 nits standard, let alone 1600 peak, on the MacBook Pro).

It would be a bit of a head-scratcher if Apple didn't bring its high-end iMac up to the Liquid Retina XDR standard in the MacBook Pro. It'd be nice if it bumped the display size up a bit further than 27-inch, just as the 21.5-inch iMac went to 24 inches, but rumours seem split on that. 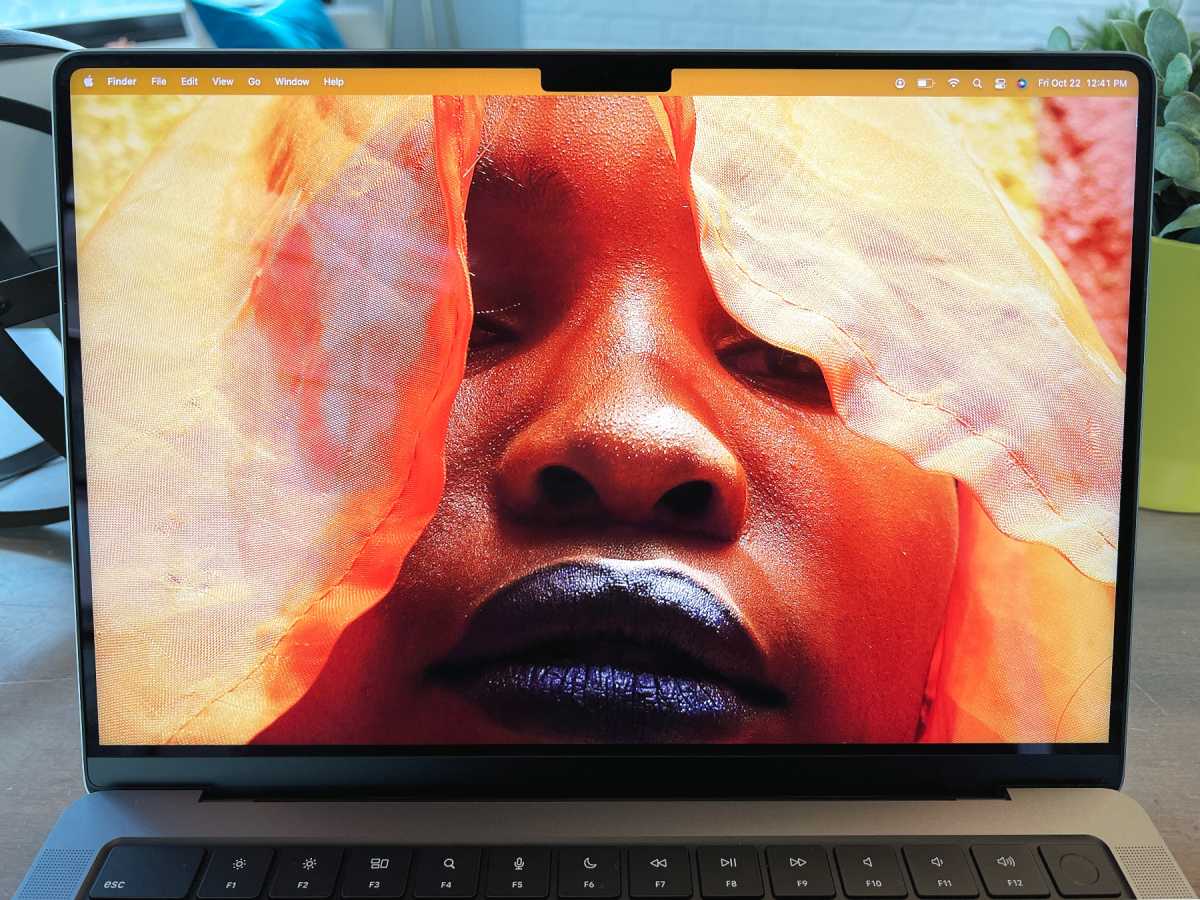 Of course, the high-end Mac mini and the Mac Pro are also still waiting for the Apple silicon chips to power them. It seems likely that we'll see them by the end of 2022, as Apple puts the bow on its two-year processor transition.

Apple's talk on augmented reality has been a constant over the last several years, but it has continued to focus on improvements to software, and we've yet to see a big push on the hardware end. Meanwhile, companies like Microsoft and Meta (née Facebook) have been making these technologies an increasing part of their strategies and, in the case of the latter, their very identities.

Rumours of an Apple headset have been circulating for some time now, and they've started to coalesce on next year as a time when they might finally see the light of day. The most persistent are about a device that does mixed reality, with both AR and VR functionality.

But Tim Cook has also spoken much more positively of the experience of AR than of VR, and Apple is always going to put its own spin on things.

The company will have its work cut out for it to explain why this device is one that the average consumer is going to want -- although perhaps that's a low-bar, given Meta CEO Mark Zuckerberg's recent at-best lacklustre, at-worst eye-roll-inducing concept videos.

Apple's had a challenging couple years in the home space. It's discontinued its full-size HomePod in favour of the smaller HomePod mini, and while it's ramped up support for the upcoming Matter initiative that aims to interconnect smart home devices across manufacturers, that really won't kick off in earnest until next year.

But word of a homeOS project reared its head once again this week, after a mention in an Apple job posting. The term had cropped up earlier this year, ahead of the Worldwide Developers Conference, but nothing more was heard of it until now.

It could suggest a more in-depth investment in smart home tech for Apple, and, combined with a recent hire to oversee HomePod software might mean the company is reinvigorating development in that area. 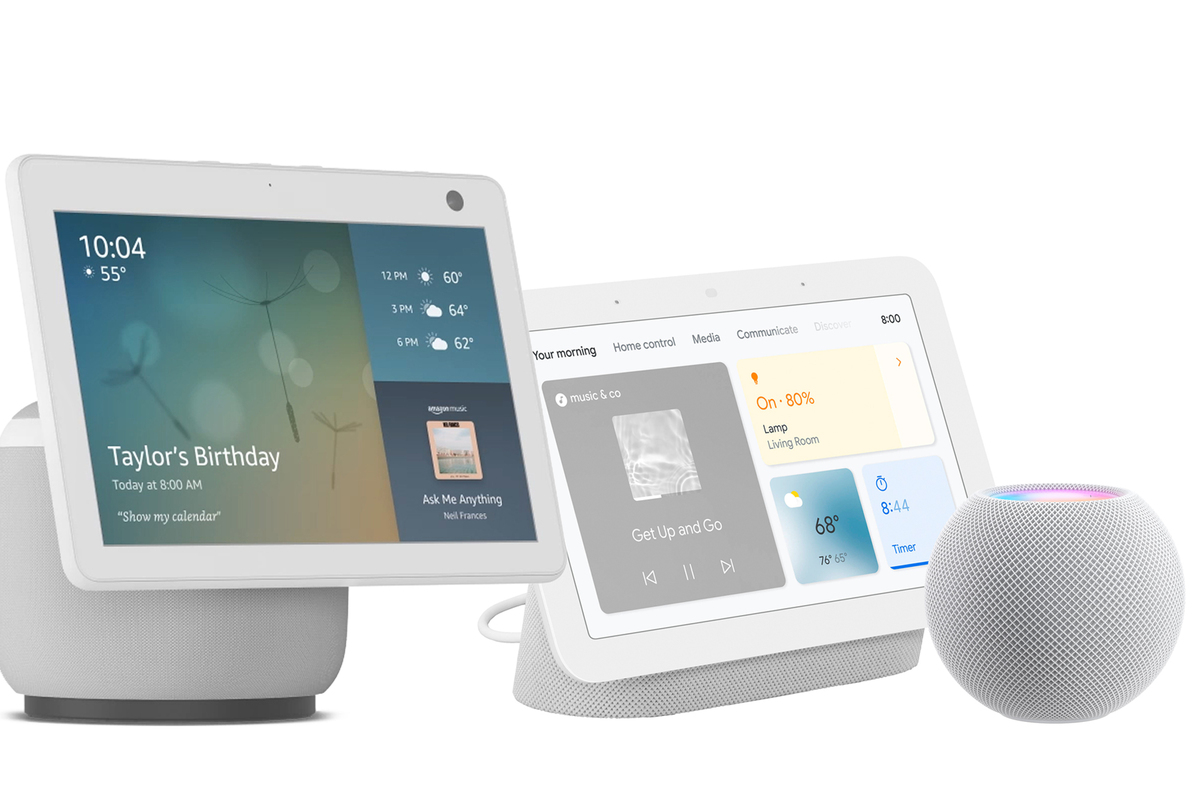 My biggest hope for homeOS is the rumored living room device that would combine elements of the HomePod with the Apple TV and a FaceTime video conferencing device.

Chatting with friends, family, and co-workers over the internet has become even more prevalent during the pandemic, and crowding around an iPad or a MacBook has made the experience cramped and sometimes unpleasant.

A device that integrates with your Apple TV to provide a more welcoming group chatting experience could be a big winner, and might cement Apple's place in the home.