It's Monday, and your coworkers are digging into a long, grueling database project. If you're nice, you'll bring them coffee and bagels. But if you're feeling less charitable, there's always an animated Clippy sticker to help get their week started off on the wrong foot.

Microsoft recently confirmed that, yes, you can pull a number of animated Clippy images from within Microsoft Teams. In case you're too young to remember Clippy, the animated paperclip was introduced to Microsoft Word in 1996 as an office assistant, and is unfondly remembered as a precursor to virtual assistants like Siri and the Google Assistant. Now, Clippy is back as an animated retro sticker pack within Microsoft Teams.

We're on record as standing against animated emoji, specifically the ones Microsoft said would arrive in Windows 11. Fortunately, Microsoft took our advice, and the distracting, animated emoji have yet to make an appearance. Animated stickers, however, have appeared within Teams for some time. And now Clippy has entered that arena.

To select from among the dozens of animated and non-animated Clippy stickers, you'll want to launch the main Teams app and scroll down to the small icons underneath the chat window. There, you'll find a list of Clippy stickers accessible from the left-hand rail nav, or you can simply type in Clippy inside the search box. Either way, now you'll have a number of Clippy icons from which to choose. 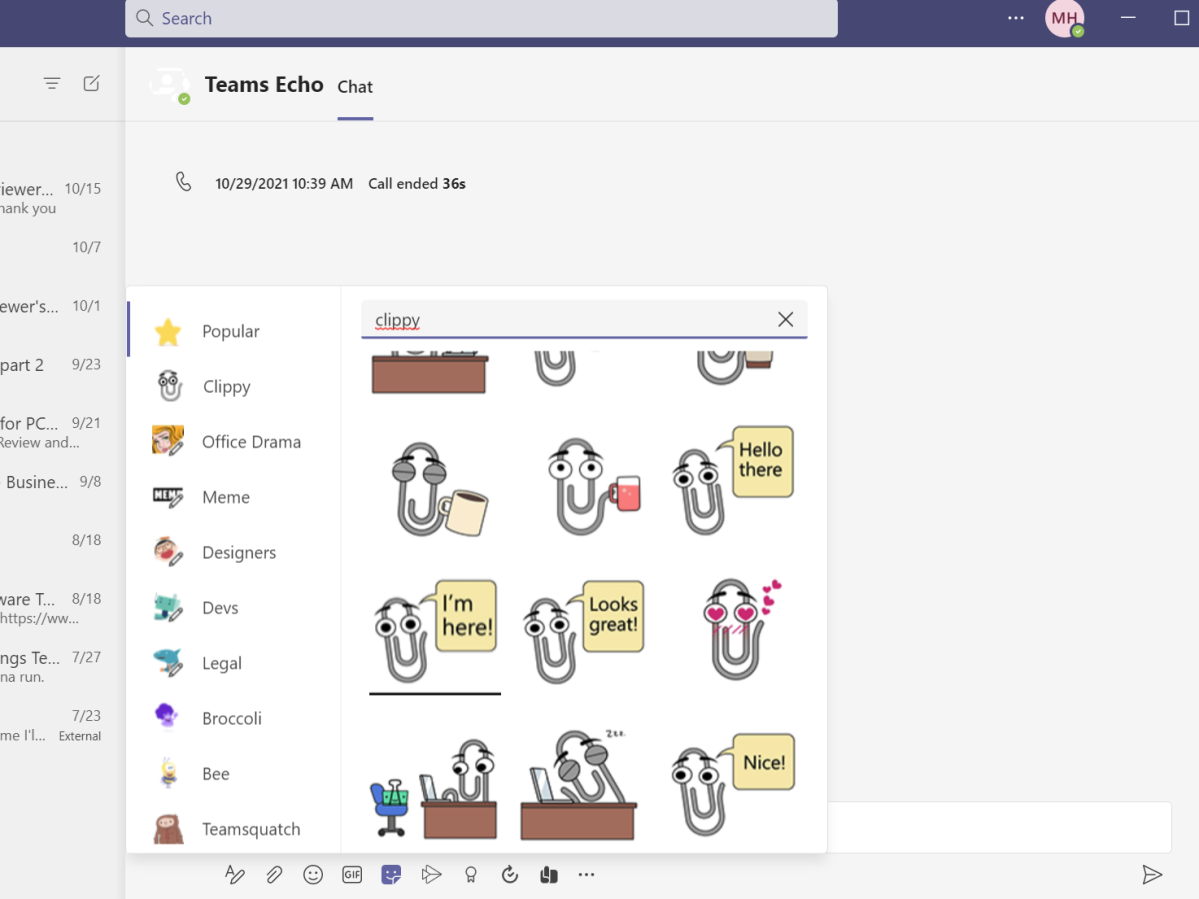 Here's how to find the Microsoft Clippy pack within Microsoft Teams.

Microsoft stopped using Clippy as a formal part of Microsoft Office years ago, but the animated paperclip has snuck back into the tech zeitgeist via everything from Greenpeace protests to a Microsoft Office game (yes, seriously) called Ribbon Hero. Clippy was supposed to eventually replace the paperclip emoji within Windows 11, but so far that hasn't happened.

Did you like this story? As one Clippy sticker says, No probs! (Shudder.)