Some low-cost Windows PCs and tablets ship with Windows 11 Home in S Mode (also known as Windows 11 S) as a way to secure the PC and prevent the use of unauthorized applications by restricting access to Windows Store software alone. There is a quick, easy, and free way to upgrade to a full-fledged Windows 11 Home experience, however, which can be completed in a matter of minutes.

Like Windows 10 Home in S Mode (or Windows 10 S), the chief advantage of preserving Windows 11 S is to limit the number of apps available to the user. Microsoft bans all apps that aren't available from the Windows Store, preventing users from downloading and installing dodgy apps from any number of sources. Microsoft has also argued that Windows 10 S extends battery life, though we haven't seen any evidence of this in the devices we've tested over the past few years. We doubt it's a factor in Windows 11 S, either.

If you try to run an unapproved or unverified third-party app in Windows 11 S, an error message will pop up to encourage you to seek out an app from the Windows Store. There's also a small link to see how to run unverified apps. (Remember, an unverified app may be any app that's not actually in the Windows Store, such as a popular game like Call of Duty that's sold at most digital storefronts.)

Try and install an unverified app within Windows 11 in S Mode, and you'll see this screen.

Clicking the Get button will launch the transition between Windows 11 in S Mode to Windows 11 Home. 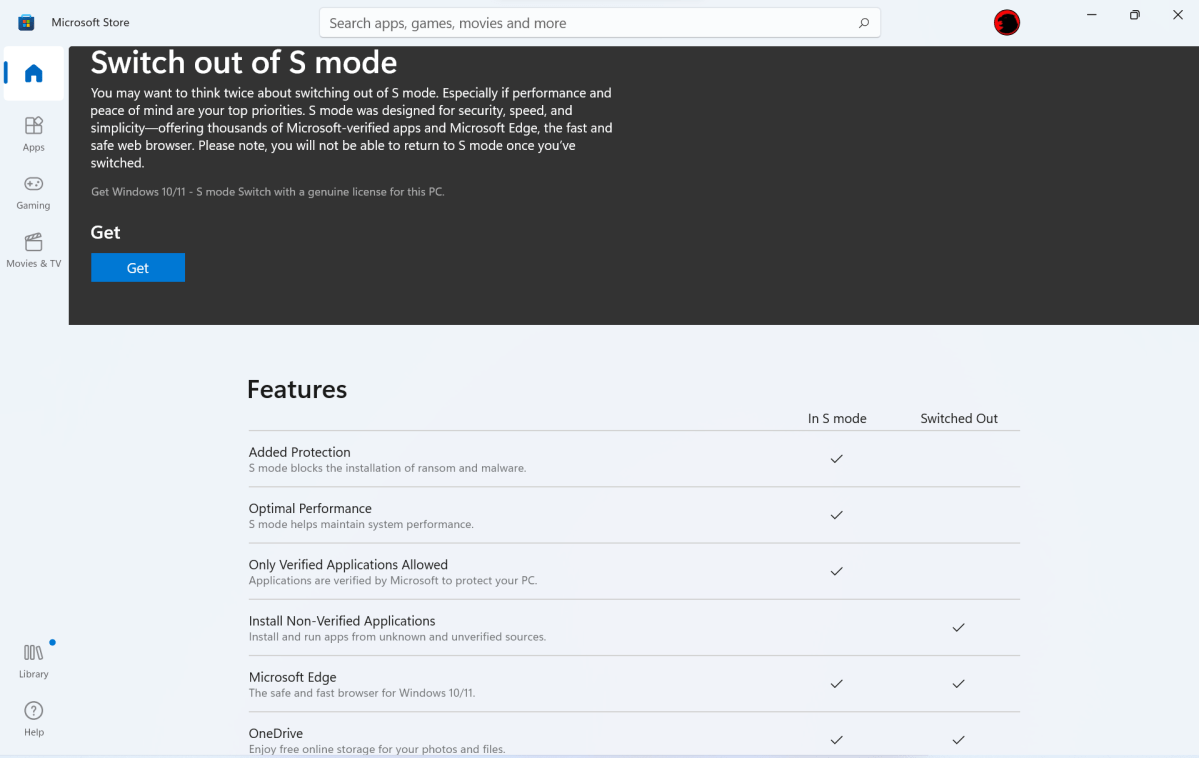 Microsoft's last-ditch pitch to stay within Windows 11 in S Mode.

Once you click the Get button, don't go anywhere. The process should complete within just a few secondsâ€”it didn't even require a reboot on the Surface Go 3. You'll simply see the confirmation message below that you've transitioned from Windows 11 in S Mode to Windows 11 Home. 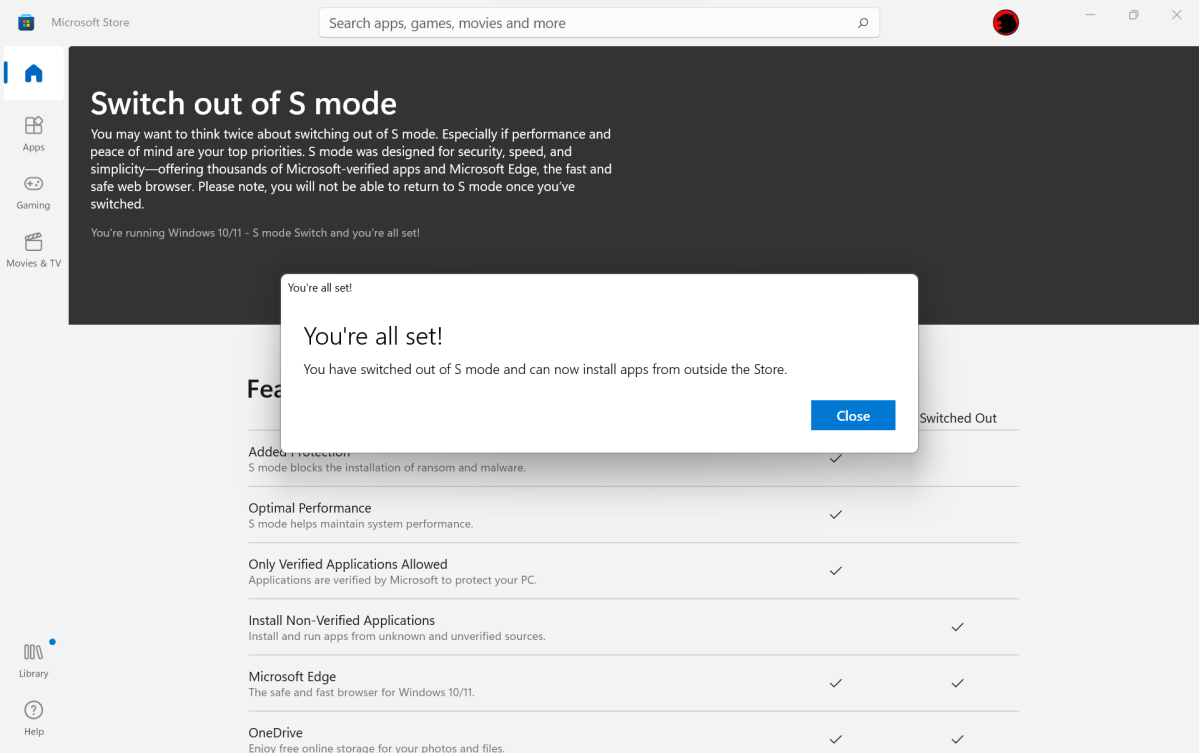 How to switch back to Windows 11 in S Mode

Yes, Microsoft says that you shouldn't be able to roll back to Windows 11 in S Mode once you've moved on to Windows 11 Home. But there's a way that's worked in the past, and may do so again. (We haven't specifically tested this method, however, on Windows 11.)

Doing so, however, comes with some risks. For one, Microsoft asks for your device's serial number, indicating that you're basically letting Microsoft know that something's not right. Microsoft doesn't explicitly warn you of this fact, but it's likely that the recovery image will wipe your entire PC, erasing any documents or apps that you haven't previously backed up. Be absolutely sure you've backed up critical documents before you do this!