After more than a year of constant rumors, it has finally happened: Apple has unveiled the third-generation AirPods. While the second-gen AirPods (released in 2019) was identical to the first-gen (released in 2016), this new model takes on a whole new look.

Here's everything you need to know about the new AirPods.

The third-gen AirPods mark the first change to the shape and size of Apple's standard wireless earbuds since their introduction five years ago.

Like the AirPods Pro, the AirPods 3 (as some have called them) have shorter stems and a rounder, more bulbous earpiece. The case is very similar to the AirPods Pro, too: shorter and wider, and with wireless charging capability standard, though you can of course also use a Lightning cable.

Unlike the AirPods Pro, they don't have rubberized ear tips. That means they won't form a seal in your ears, which can impact bass response, so don't expect them to sound quite as good as the AirPods Pro, either.

The new AirPods borrow the little touch-sensitive stem button from the AirPods Pro, too. And like AirPods Pro, they're water- and sweat-resistant (2nd-gen AirPods are not). 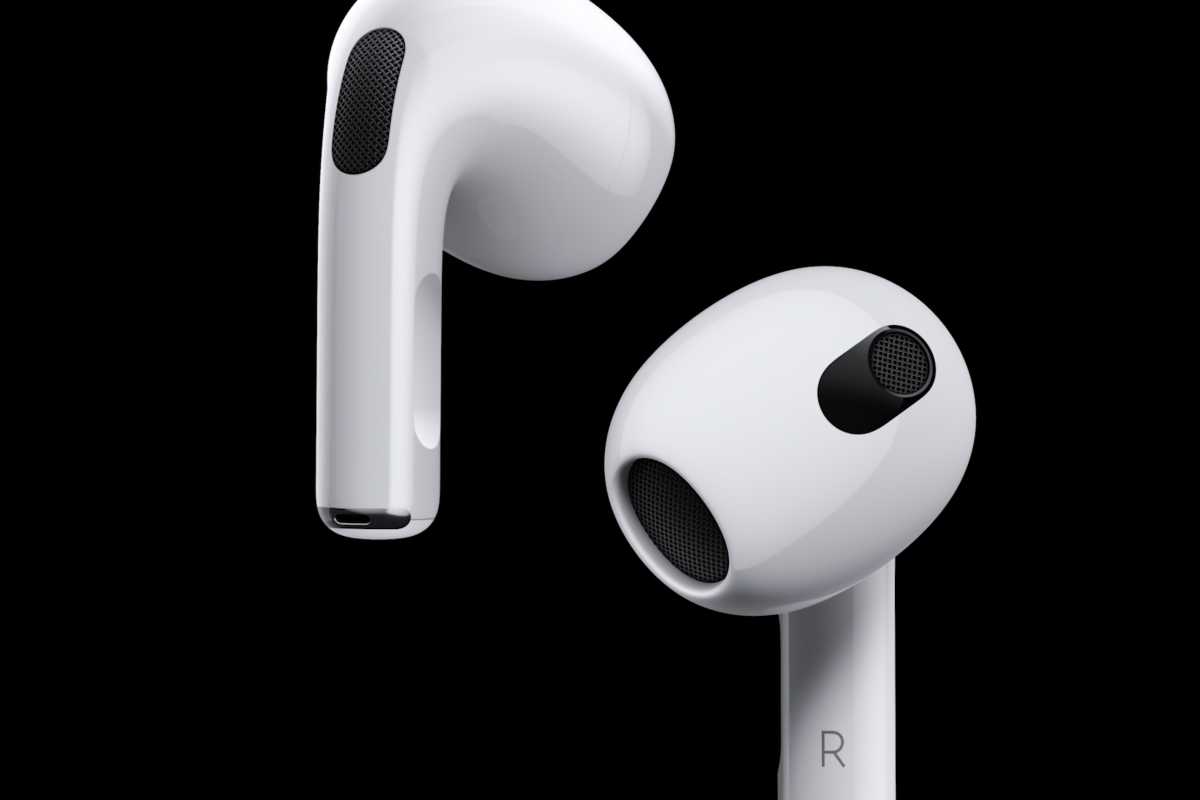 They should sound a lot better

While they don't have active noise canceling or the rubberized ear tips of AirPods Pro, Apple has developed an all-new custom driver that it says will dramatically improve sound quality. The new AirPods also support Adaptive EQ. These two features should help the third-generation AirPods Pro sound better than the second-gen versions. 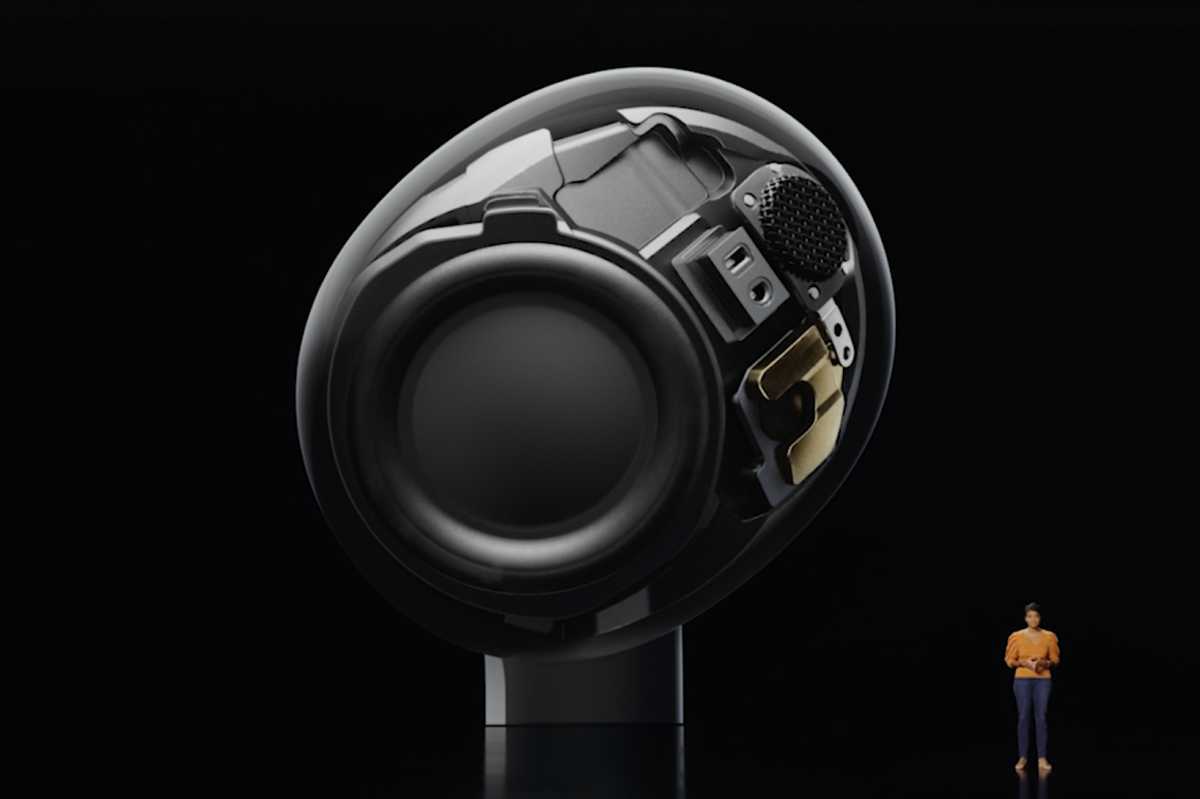 You can use Spatial Audio (Dolby Atmos) in Apple Music with any AirPods, or indeed any headphones at all if you hop into the settings. But Spatial Audio for video, with head-tracking, has been reserved for AirPods Pro and AirPods Max.

Now, you have another, more affordable option. Third-generation AirPods will support Spatial Audio for video.

Apple says the battery life is longer, too. You'll get up to 6 hours of music listening time, up from 5 hours in the second-generation AirPods Pro.

Preorders began on October 18, with shipments starting the following week. Expect significant backorders leading into the holiday season, however. 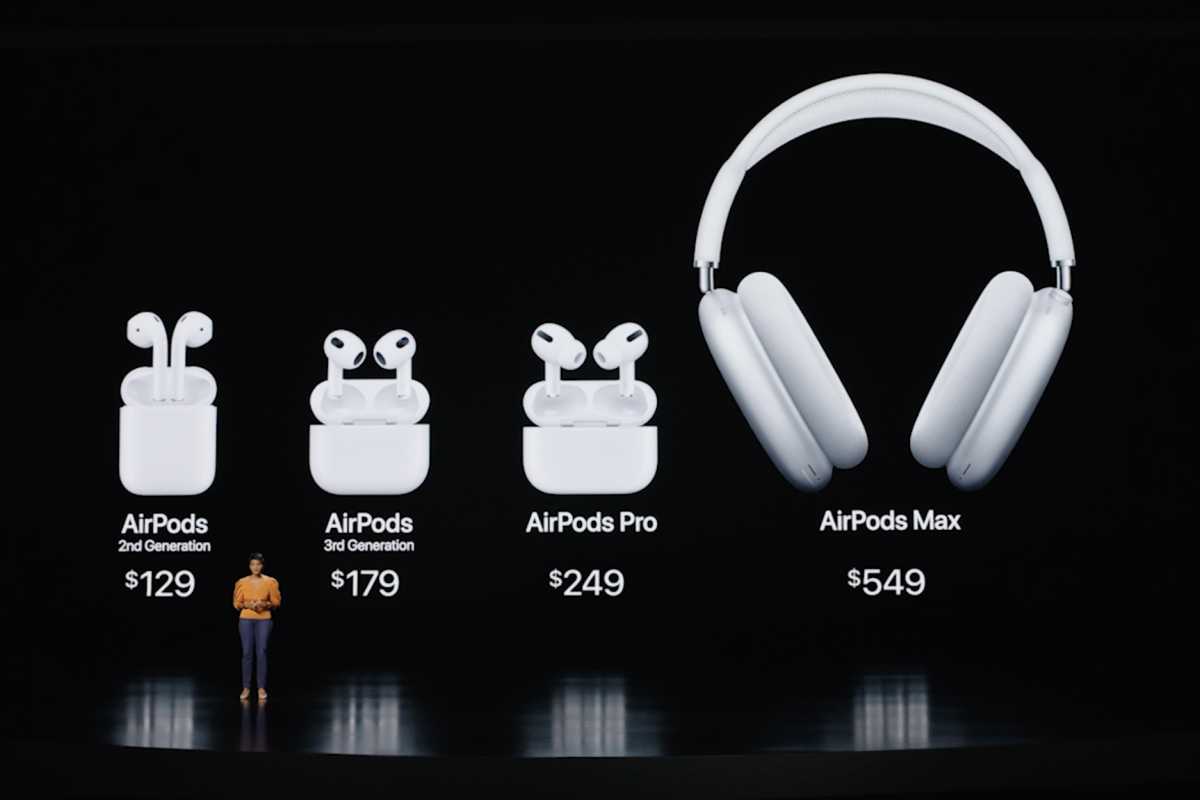 There are now four AirPods in Apple's lineup. Image: Apple