Popular Chromebook maker Acer is debuting several Chromebooks today, ranging from an inexpensive $399 Chromebook 514 on up to the similarly named $699.99 Chromebook Spin 514.

Most Chromebook manufacturers typically offer processor options that include more traditional Intel Core processors, cheaper Pentium Gold options, and ARM processors from MediaTek, Samsung, or others. It's this latter option that's sometimes a bit confusing. How much performance do these ARM-powered Chromebooks offer, anyway?

That's a question that potential buyers of the $399.99 Acer Chromebook 514 may wonder about. The Chromebook 514, available in North America in December, includes what Acer calls a MediaTek Kompanio 828, an eight-core ARM CPU that may not be familiar to most buyers. It's undoubtedly similar to the MediaTek Kompanio 820, which uses four Cortex A76 performance cores alongside four more efficient A55 cores, and a five-core Mali G57 GPU. That sounds very similar to the Qualcomm Snapdragon 8c, which used similar specs when it debuted in 2019 to power Windows PCs. 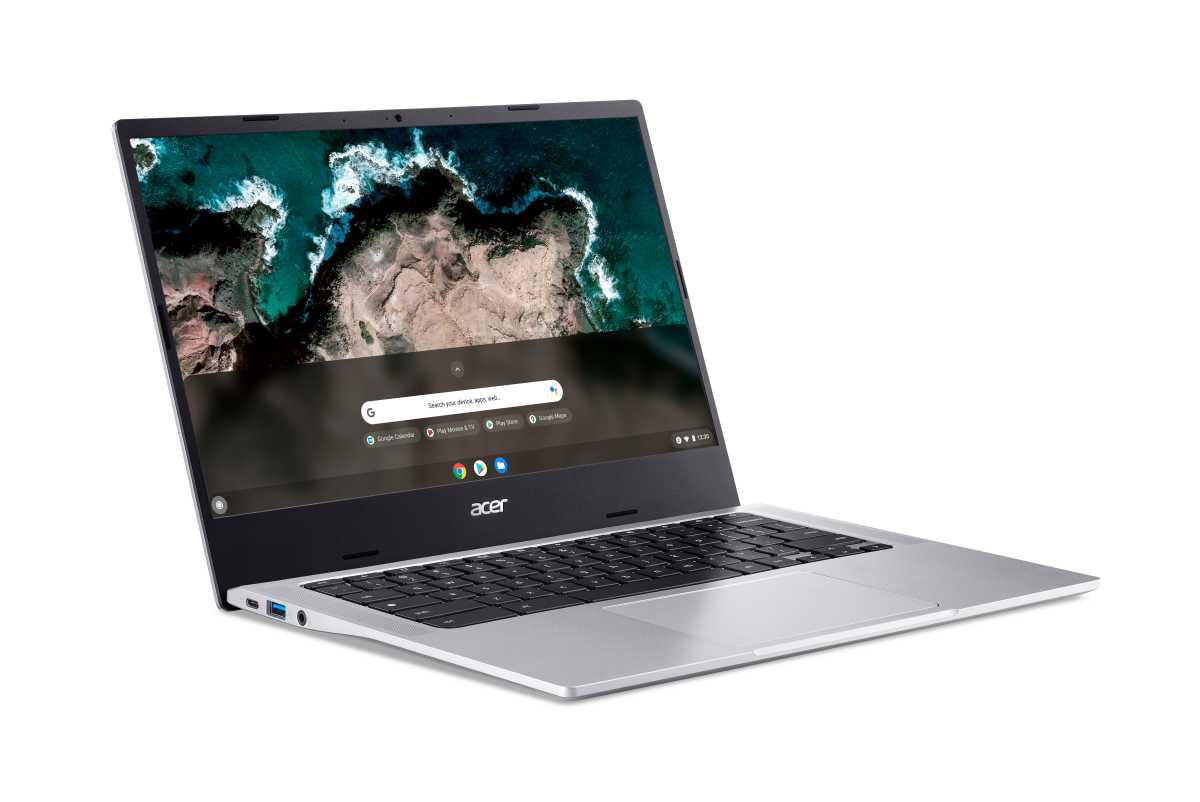 ARM chips have always struggled somewhat within Windows PCs, but we'd expect driving Chrome OS to be a different story. The Chromebook 514 certainly looks like a solid traditional Chromebook. It will boast a 14-inch 1080p IPS display, up to 8GB of LPDDR4X SDRAM, and up to 128GB of eMMC solid-state storage. Battery life, though, could be its strong suit at up to 15 hours.

Acer's Chromebook Spin 314 is the latest entry into what has traditionally been a popular choice for Chromebook buyers, with a 360-degree hinge that allows the Spin 314 to fold back on itself and act as a traditional Android tablet. Here, you'll have an option between a lower-resolution 14-inch 1366—768 display, or else opt for a more traditional 1080p display. Processor choices include the Pentium Silver N6000 processor, or else the slightly more powerful Celeron N5100 and N4500 processors. Again, you'll have the option of up to 8GB of SDRAM or up to 128GB eMMC storage. The Spin 314's battery life will reach ten hours, according to Acer. 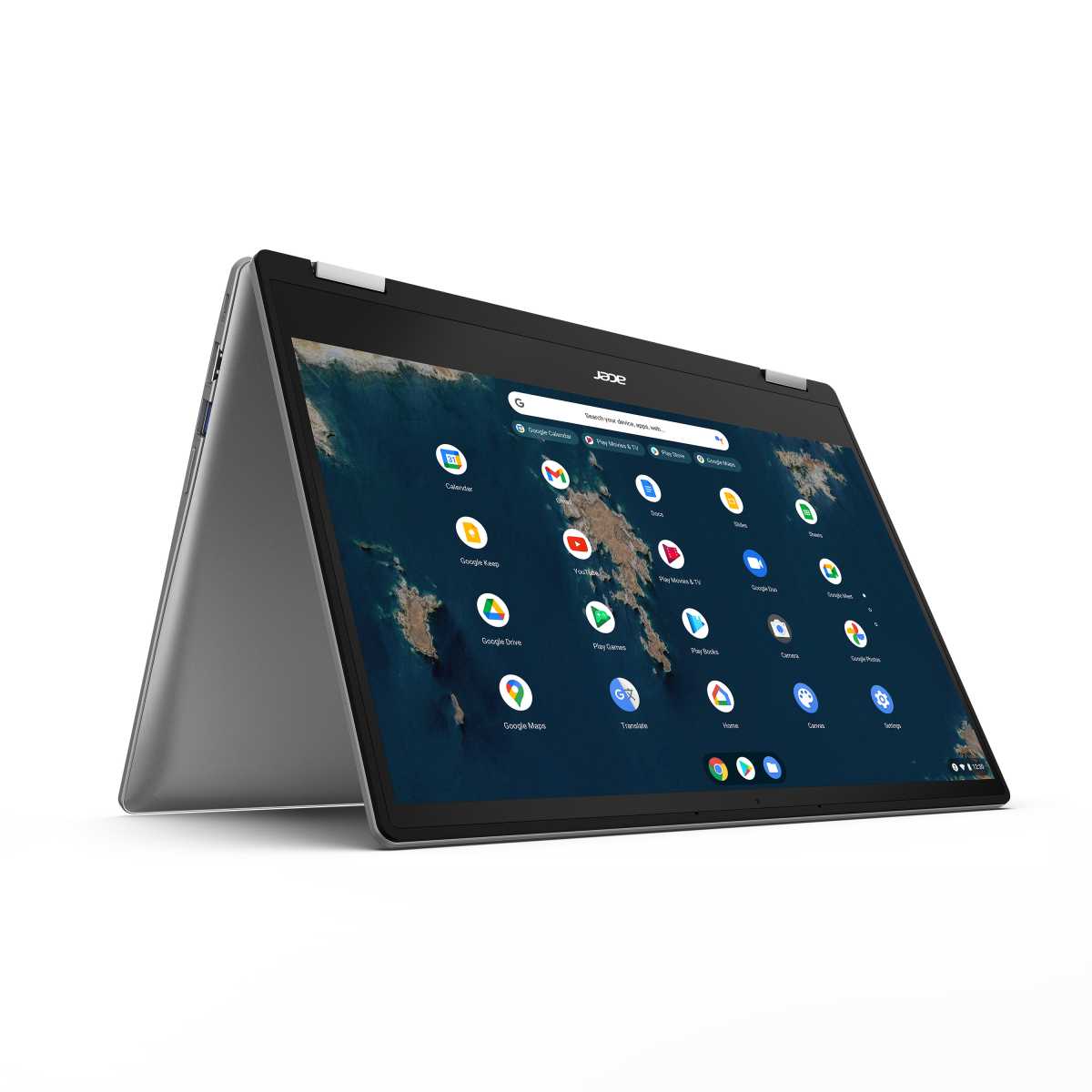 The third option for Chromebook consumers is the Chromebook Spin 514, which will ship in January for $699.99 and above. The Spin 514 is the option for Chromebook buyers who want PC-equivalent performance within their Chromebook. Here, the processor options range from the Core i3-1110G4 up to the Core i7-1180G7. The other specs are PC-like, too, with up to 16GB of LPDDR4X memory, Iris Xe graphics, and up to 512GB of PCIe Gen 3 SSD storage, behind a 14-inch 1080p display. Battery life will be about ten hours. 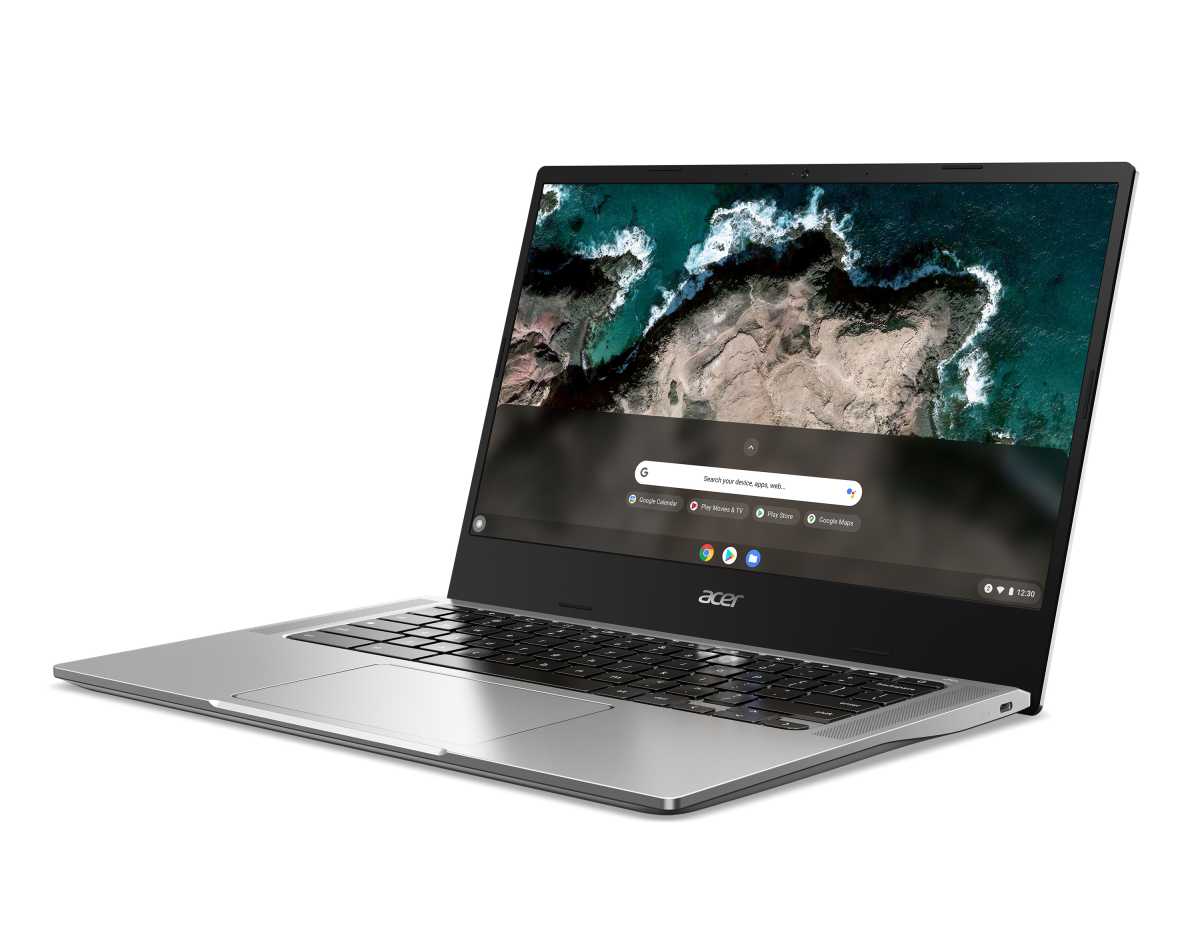 Acer's Spin 514, a PC-like Chromebook that will ship this coming January. Image: Acer

Acer also added a few extra touches inside the Spin 514. A pair of upward-facing speakers are backed by DTS audio, and the Spin 514's 1080p webcam also includes a filter and noise reduction to reduce lens flares. Don't be afraid of dropping it, either, as the Spin 514 includes MIL-STD810H certification.