With rumors swirling that the iPhone 14 Pro will usher in a brand-new screen design, well-connected leaker Ben Geskin has taken a stab at what the new display could look like.

*This is an original concept, not based on any actual or undisclosed Apple product pic.twitter.com/mk90ipPZ6L

Geskin has used the existing rumors to paint a picture of the iPhone 14 Pro's new design and selfie camera. While he claims that the render is not based on any actual or undisclosed Apple product, Geskin is well-connected in the rumor world, having leaked information about the 2020 iPad Pro, iPhone XS Max, and iPhone X. His render is reminiscent of the dual selfie cam on the Galaxy S10+, with a pill-shaped camera cutout that floats near the top of the display.

However, while Samsung's elongated oval cutout was distracting and added little usefulness to the selfie cam, a centered cutout with the Face ID hardware would be a welcome change to the aging notch. 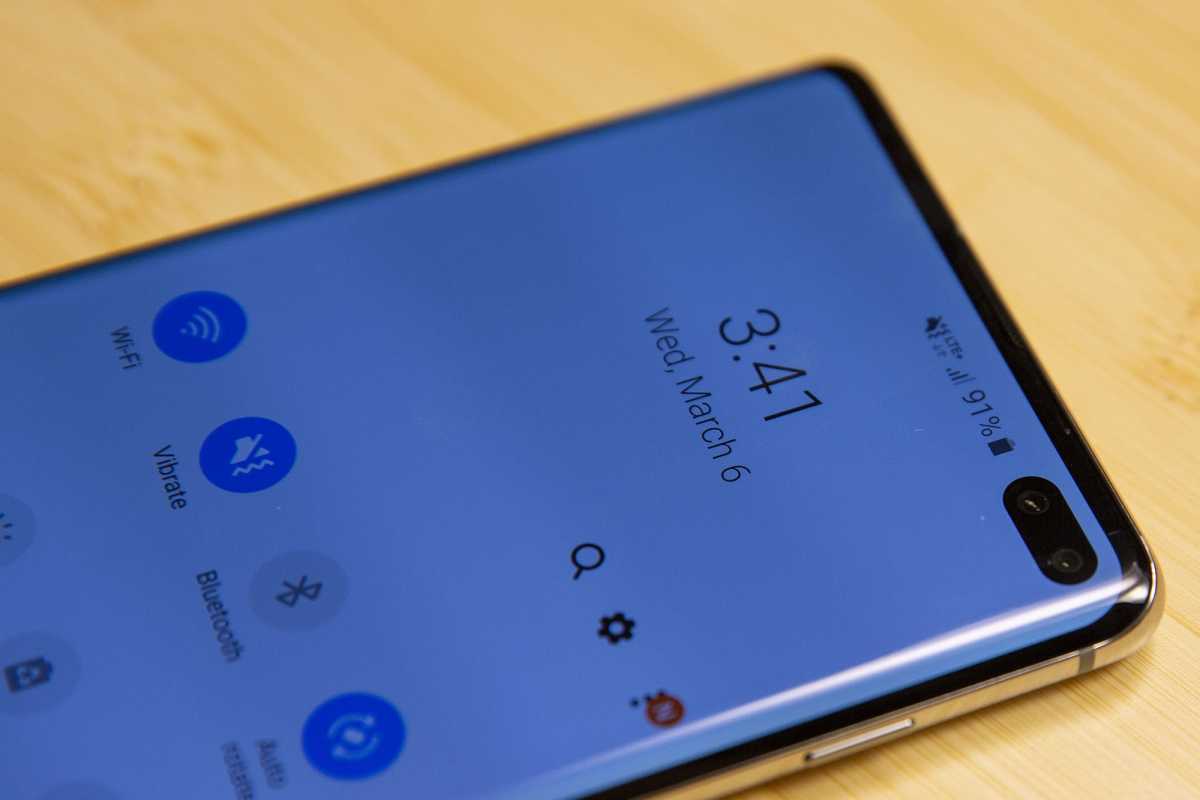 The Galaxy S10+ was the only flagship phone Samsung made with a dual-selfie camera. Image: Christopher Hebert/IDG

It's not clear whether Apple would go this route—Geskin himself previously tweeted about a prototype that hides all of the relevant TrueDepth camera sensors in the top bezel—but it would be a nice tradeoff if it did. The cutout is significantly smaller than even the iPhone 13's notch and would leave much more space at the top for the status bar.

While there are plenty of rumors about Apple adopting an in-display fingerprint scanner for future iPhones, it seems more likely that Apple would use that tech in the iPhone SE. After touting the benefits of Face ID, it would be a strange move for Apple to abandon Face ID on its flagship phones.

But Geskin's render would be a good compromise. It would reduce the size of the notch considerably while still retaining Face ID as the biometric authenticator. With a smaller camera cutout, the iPhone 14 would look completely different, with bezels that appear more uniform and an experience that's even more immersive.