Windows 11's subtle tweaks to how it handles open windows and multiple monitors makes me want to scream in ecstasy—when I'm not screaming in frustration.

As a dude who spends all day, every day sitting in front of his computer, often juggling multiple projects at once, I'm big into saving time with my workflow. There's a reason you've seen me wax poetic about virtual desktops and Stardock's wondrous Groupy app in the past. Every second I can save on day-to-day tasks adds up big-time over the course of a year. And two new under-the-radar Windows 11 features are already helping me get more done, supercharging capabilities already present in Windows 10.

I can't say enough good things about Windows 11's new Snap View, which takes the long-standing ability to Snap open windows to various quadrants of your screen and makes it more flexible than ever. Mark Hachman, our resident Windows guru, explained it well in his comprehensive Windows 11 review: 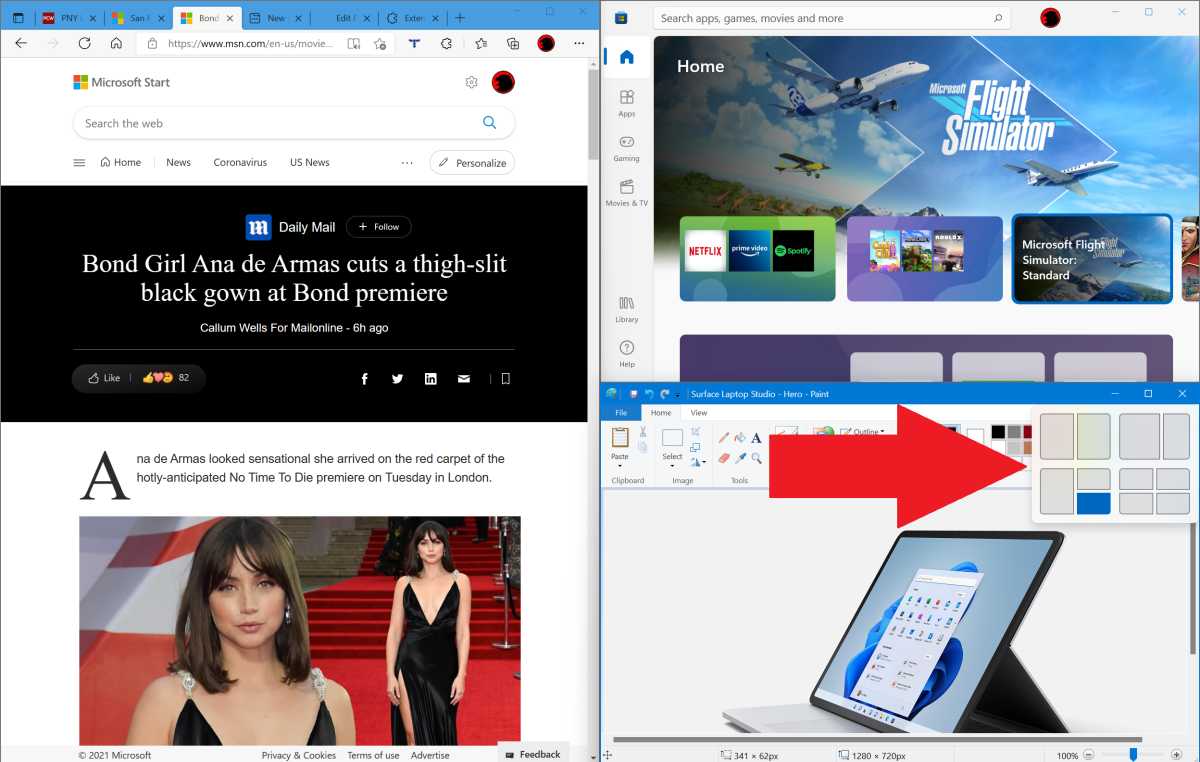 Microsoft got it right in the expanded Snap View icons that appear when you hover your cursor over the maximize window shortcuts in the upper right-hand corners of window panes. Remember, Windows Snap allows you to drag a window into the sides or corner of the screen; they'll then expand to fit that quadrant, allowing you to neatly organize up to four windows on your monitor. In Windows 11, you have more options: thin columns, wider columns, and so on. Snap is essentially a simplified version of the Fancy Zones app from Microsoft's Power Tools, but it's still a solid, useful addition to the Windows 11 user interface.

It's a small touch, but one that's immediately and clearly beneficial for power users, helping me divvy up my multiple displays lickity-split in more flexible ways than before. Well done, Microsoft.

Here's another tiny change that I'm loving so far: The improvements Windows 11 makes in handling a second display being connected or disconnected. We knew about this before launch, but it's been wonderful to use in action. Previous versions of Windows sort of freaked out whenever you disconnected a secondary display, or when your multi-monitor system woke after sleeping. Open windows that were on the secondary monitor often got air-dropped onto your main display, fully open and in weird locations. It would wreak havoc if you had a bunch of windows configured just so, but then yanked your secondary monitor from your laptop, or if—like in my case—one of the multiple monitors on your desktop machine woke up more slowly than the others. 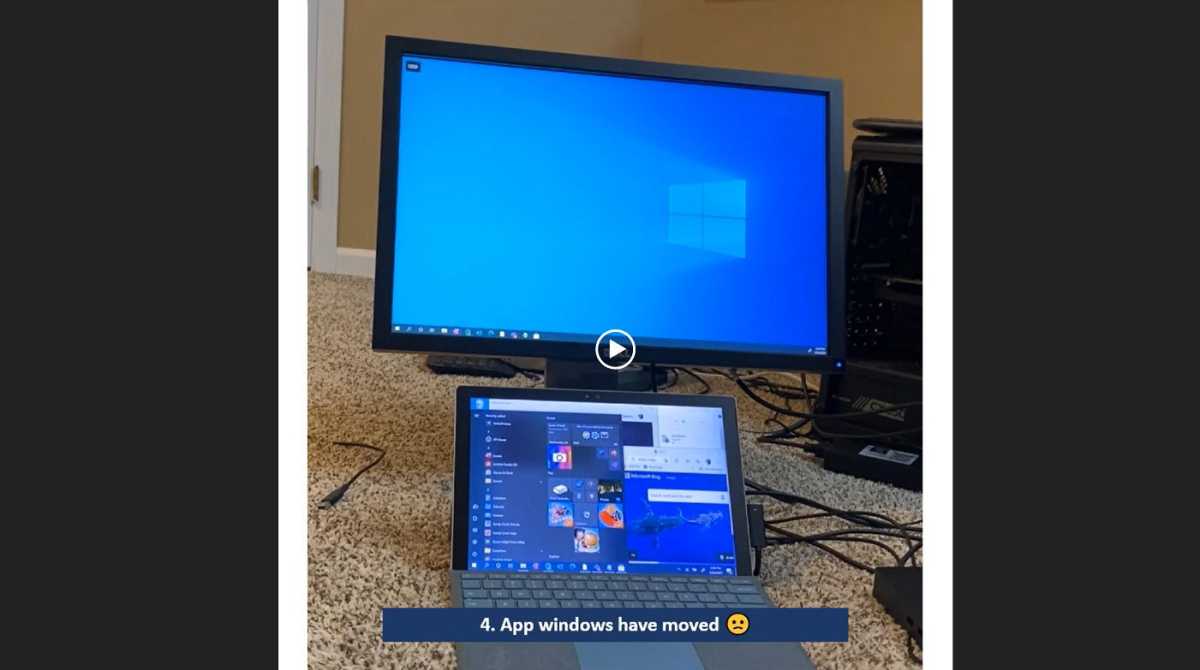 Waking this Surface on Windows 10 with an external monitor connected plopped all the open windows onto the main screen.

But not in Windows 11. Now, if you disconnect a secondary display, all the windows that were open on it get minimized, rather than unceremoniously dumped on your main screen. And if you reconnect a display after that, those windows then return to their original positions. It's another small touch, but one that's immediately and clearly beneficial for power users. I honestly can't believe it's taken Microsoft this long to fix the issue, but I'm glad it has.

But where Windows 11 giveth, it also taketh away. One of my favorite Windows 10 upgrades added the date and time to the taskbar on all your displays, not just your primary monitor. But that's gone in Windows 11, one of the many minor regressions found throughout the operating system.

It's another small feature change, but another crucial one—at least for me. I don't only work on my desktop PC. During my downtime you'll often find me playing games or streaming sports full-screen. With Windows 10, I could just glance at the time on my secondary display in the middle of a hot-and-heavy gaming session. Now I need to pull my phone out of my pocket, or worse, pause my entertainment and minimize the window to see that same basic information.

Yes, it's nitpicky. But it's a genuine hassle to my personal workflow, and an active downgrade from Windows 10.

Of course, that's not the most egregious taskbar issue—our extensive Windows 11 review goes into deep detail into what features have been removed from that crucial stretch of real estate, and much more. But niggling little woes like that add to the impression that Microsoft's latest OS is coming in hot, and contributed toward us recommending that most people skip Windows 11 for now. Fingers crossed that Microsoft smooths out those rough edges sooner than later, because even though I'm leaving my main rig on Windows 10 for now, I can't wait to make Windows 11's Snap View and smart monitor connections part of my daily life. They're superb additions to Windows.