Windows 11 nukes gaming performance by up to 28 percent! At least, that's one of the early takes echoing around the Internet already.

It's largely based on testing done by PC Gamer‘s Dave James, which showed a gaming desktop with an Intel 10th-gen Core i7 and GeForce RTX 3060 Ti suffering drastically with VBS switched on.

VBS stands for Virtualization Based Security and increases security on Windows 11 by creating virtual security enclaves. It's a one of the requirements Microsoft has cited for cutting off support for CPU's older than Intel's 8th-gen, as well as AMD's Ryzen 1000-series of CPUs. We've conducted our own VBS testing on a wide range of processors to see Windows 11's potential performance impact, but our initial tests didn't include games. 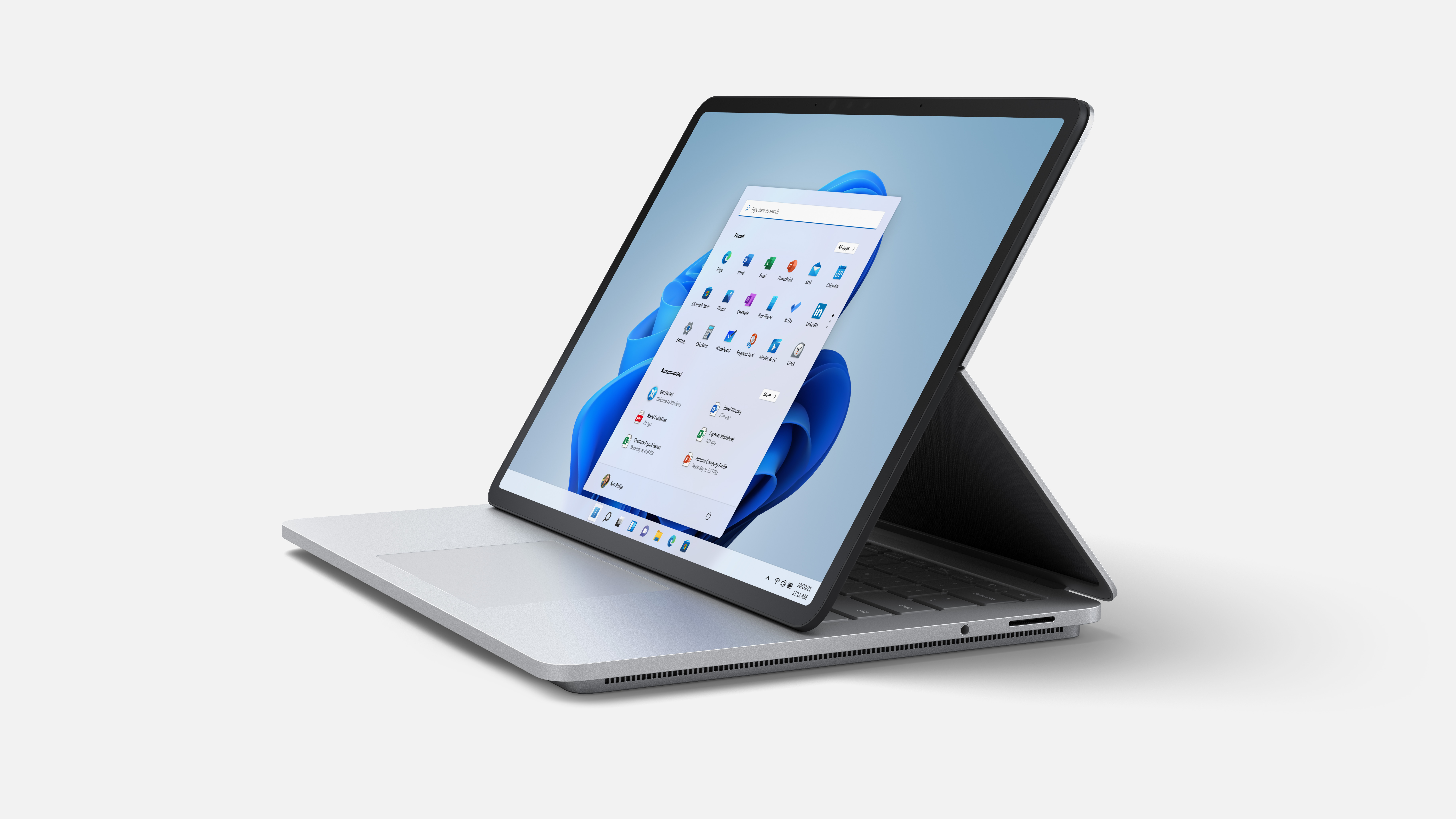 To see if PC gamers indeed face a bleak future after upgrading, is we installed the same version of Windows 11 Microsoft shipped to reviewers of its Surface laptops—Windows 11 Home 22000.194—on an Acer Predator Triton 500 laptop equipped with an 8th-gen Intel Core i7-8750H, 16GB of DDR4, and an Nvidia GeForce RTX 2060 Max-Q GPU. We installed the latest updates and drivers we could locate for the laptop as well as Nvidia's Windows 11 drivers.

We then ran through a list of 10 games we had on hand using their built-in benchmark modes for consistency, recording averages for three game runs with Core Isolation's Memory Integrity Off and On (that's the feature that enables VBS). The games were all run at 1920×1080 resolution and typically at Medium or Normal settings, since the GeForce RTX 2060 Max-Q is no spring chicken in performance.

Hearing grim numbers of 25 percent hair cuts to performance we expected to see sad results too but oddly, few games cared if VBS was On or Off very much. In fact, most of the results were within the margin of error, with the worst being Counter-Strike: Global Operations, which saw a reduction in gaming performance of about 6 percent. You can gawk at our results below. The chart shows VBS on scores in green and VBS off scores in red. 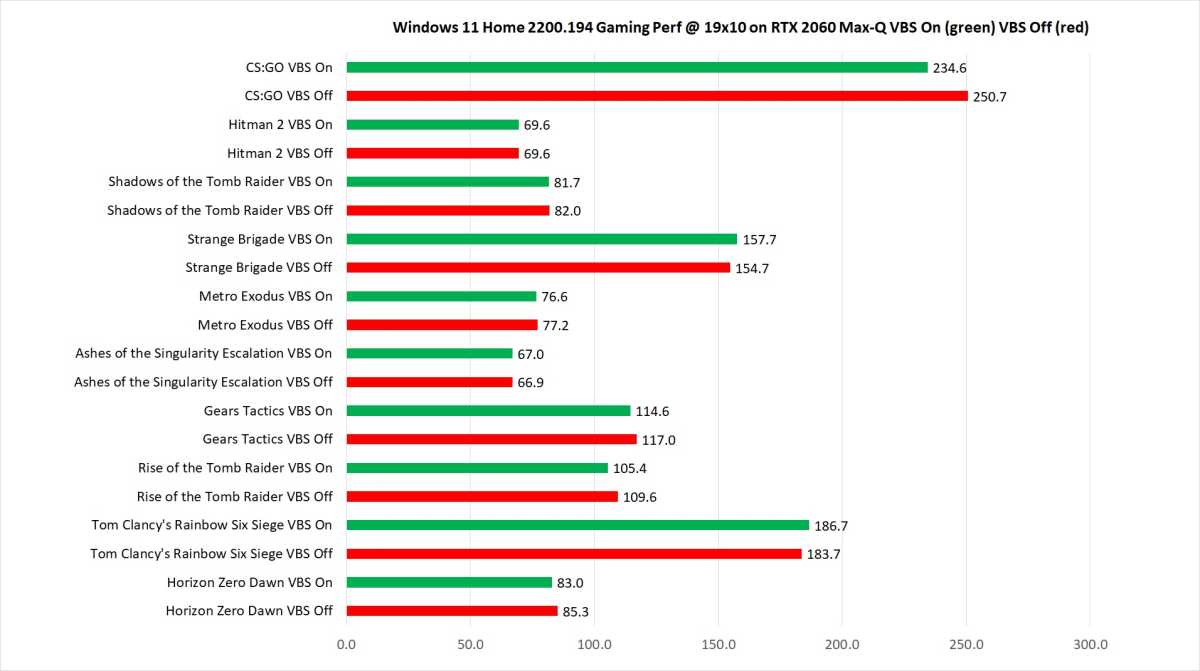 We ran 10 games with Windows 11's VBS security feature on and off and didn't see the drastic dip others have reported.

So what gives? We frankly aren't sure, but there are a lot of variables here. First, we're using an OEM laptop rather than a homebrew machine like PC Gamer used. Both of the core components he uses are also considerably faster than our laptop, better cooled, and the system outfitted with more RAM.

What's even more baffling is some of the titles PC Gamer tested were the same benchmarks we ran, but our results didn't show a depression in scores. Is it possible that despite switching on VBS, it's not actually turning on on our gaming laptop? We don't know.

But it's clear there's more testing to be done on Windows 11 gaming performance now that the final version of Window 11 is out. We do know that even Microsoft believes there is some cost to turning on all of the security features of the new OS, and it actually allows PC OEMs to actually ship systems with some of the features turned off.

Since HVCI relies on the Windows Hypervisor, the security benefits provided by Memory integrity do have tradeoffs for device performance and power, Microsoft's docs say here. Some devices that are especially sensitive to performance (e.g. gaming PCs) may choose to ship with HVCI disabled. Given the impact to the overall device security, we recommend you thoroughly test these scenarios before doing so.

Bottom line? It's complicated. But before you have a full-on freak out over Windows 11 gaming performance, wait for more reports to come in.