These days, pretty much everything Apple builds—from Macs to iPads to iPhones—is powered by Apple-designed processors. The arrival of the A15 is the beginning of a new foundation for devices Apple will be releasing into 2023. Just as last year's A14 processor was the basis for the M1—and possibly a souped-up M1X version in forthcoming MacBook Pros—the core design of the A15 will probably end up being used for future Macs and iPad Pro models.

The A15 is similar to the A14 in a lot of respects. Both chips feature a six-core processor design, with four high-efficiency cores and two high-performance cores. Most of the time, the energy-sipping cores do all the work, but in moments of need, the fast cores crank up and give Apple's devices their peak performance. Both chips also feature a 16-core Neural Engine, optimized for machine-learning tasks like scanning photos for objects and faces. 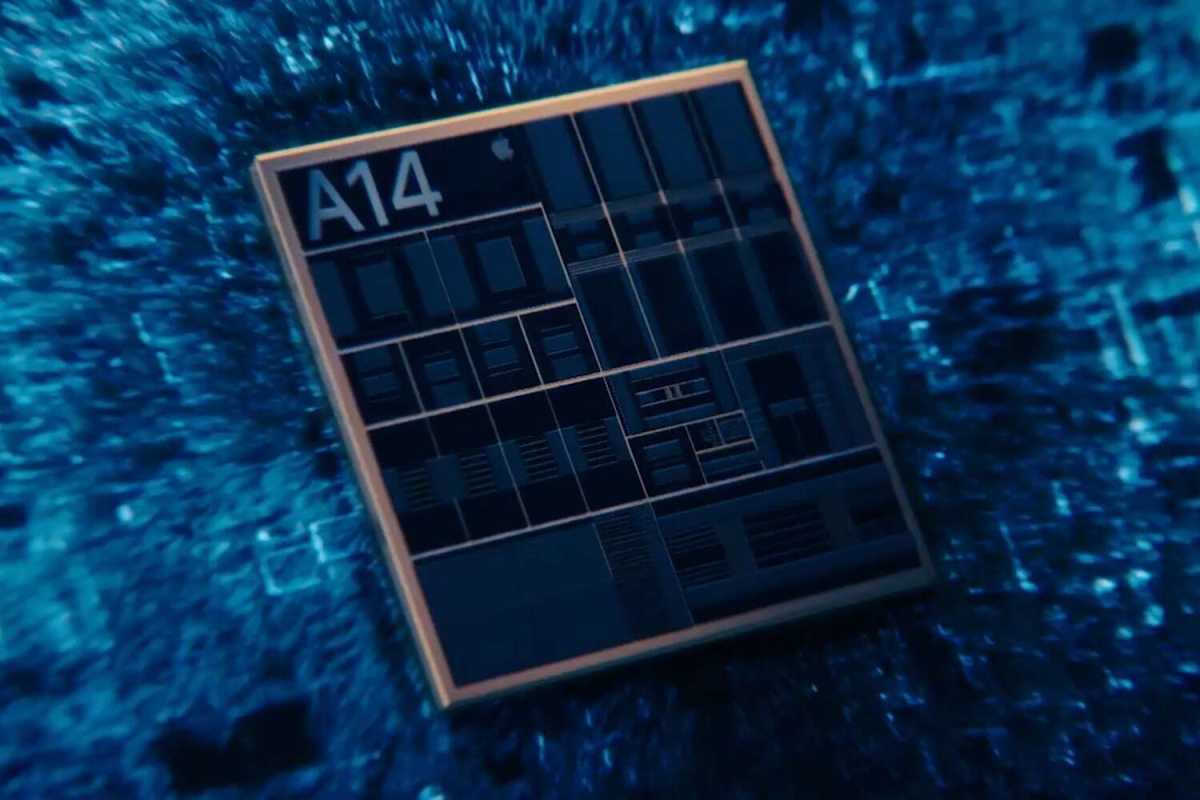 On paper, the new A15 Bionic has many similarities to the A14 it replaces. Image: Apple

In the past, when Apple has varied the number of GPU cores in the same chip line (perhaps most notably in the M1 processor, which came in both seven- and eight-core GPU variations), in truth, there's probably only one M1 processor, and Apple is using a technique known as binning to disable the wonky GPU cores on chips and still use them in products.

It's interesting to see Apple bring GPU binning to the iPhone line, placing a slight separation between the iPhone 13 and the iPhone 13 Pro. Lacking a fifth GPU core means that the iPhone 13 will run at 80 percent of the graphics capability of the iPhone 13 Pro—but the Pro model might need that extra graphics horsepower just to support the 120Hz refresh rate of its ProMotion display.

How you measure progress

Here's a funny thing about Tuesday's announcement of the A15 Bionic: Apple didn't compare its performance to the A14. In the past, Apple has compared the power of its iPhones to previous models. But this year, Apple has chosen to proclaim that the A15 in the iPhone 13 Pro has 50 percent better graphics and CPU performance than the competition.

Given that Apple has generally been ahead of its smartphone competition in terms of processor power, this suggests that the A15 shows less improvement over the A14 than it does over the Qualcomm processors in leading Android phones. And it makes me wonder if Apple is perhaps trying to soft-pedal a new chip that isn't much faster than the older model.

In contrast, Apple was happy to make direct comparisons to the iPhone 12 when it came to longevity because the iPhone 13 models all offer between 1.5 and 2.5 hours of additional battery life—a big improvement. Could it be, I wonder, that Apple chose to limit the A15's raw power while making it more power-efficient?

There's no way to know for sure until we can actually test the A15 chip in the new iPhones and iPad mini and find out how it fares. But I have to admit I'm not expecting a huge speed boost.

The new iPad mini sports an A15 like the iPhone 13. The comparisons on the iPad mini website are to the A12 in the previous model. Image: Apple

We can do the math. On its iPad mini website, Apple claims that the new A15-based iPad mini offers a 40 percent jump in performance over the A12-based iPad mini. The Geekbench Browser gives benchmark scores of 1114 (single-core) and 2685 (multi-core) for the old iPad mini. If Apple's claims map to Geekbench scores (and they may not, it's complicated), the new model would receive scores in the ballpark of 1560 and 3760. The problem with that is that the A14 processor scores around 1583 and 4198—higher than the extrapolated A15 scores.

Do I really think the new A15 processor is slower than its predecessor? It seems unlikely, and yet the fact that Apple has chosen the more favorable comparison with its Android competition over itself suggests that the numbers aren't going to be as impressive as we might have expected.

Over the past few years, each successive chip generation has offered a roughly 20 percent improvement in single-core performance. This year may be different. While the introduction of a new A-series processor is always a big deal, it's an open question about how big a step forward the A15 processor will really be.