Apple's California streaming event is days away, which leaves plenty of time for speculation about what the company could reveal. We've already made an attempt at deciphering the invitation, but the tag line—a play on the hit song California Dreamin' by The Mamas and the Papas—stands out. What does it mean?

For the past few days, the song has been stuck in my head, and I woke up in the middle of the night with the revelation that it's all in the song! The lyrics to California Dreamin' tell you all you need to know about Apple's event on September 14. Let's look at what it all means.

All the leaves are brown
And the sky is grey

I've been for a walk
On a winter's day

Gotta get out there and close those rings! And a walk is a great way to do it, especially with Apple's Time to Walk celebrity audio shorts. Apple released new Time to Walk episodes last June. Maybe we'll see more on Tuesday to help promote the new Apple Watch.

The winter's day reference could be alluding to a delayed ship date for the Apple Watch Series 7—according to reports, the new watch has had production delays due to component shortages and quality control. While a short supply of watches could be available immediately, it sounds like most people won't get their shiny new watch until later in the year.

I'd be safe and warm
If I was in L.A.
California dreamin'
On such a winter's day

Back in June, Apple opened a new Apple Store at the Tower Theatre in Los Angeles. The Tower Theatre is known for being the first theater in L.A. to play talking movies and was the location for the premiere of The Jazz Singer in 1927. The theater had been shut down for years, and Apple renovated the building back to its former glory. 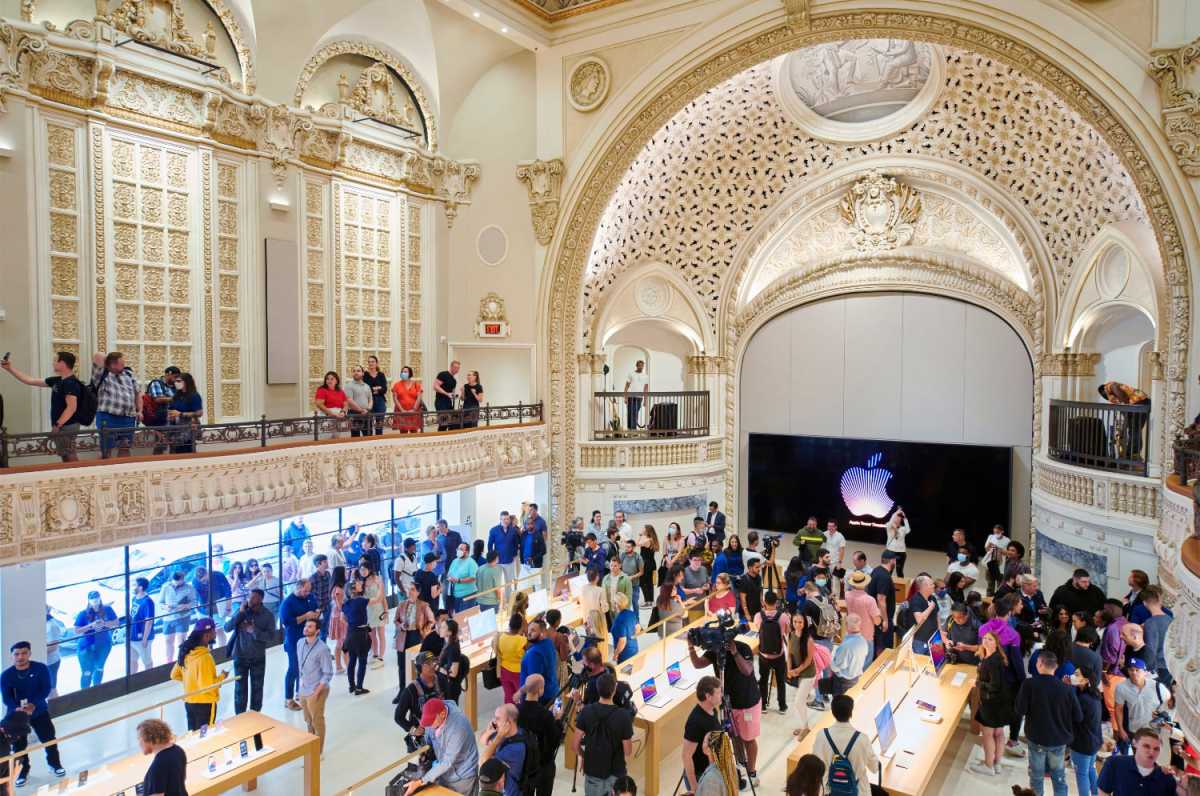 Apple took the Tower Theatre in Los Angeles, renovated it, and turned it into an Apple Store in June. Image: Apple

Perhaps Apple will mention Tower Theatre to tie in promotions for its Apple TV+ streaming service and tout the success of Ted Lasso, which could be a big winner at the Emmy awards on September 19.

Stopped into a church
I passed along the way
Well, I got down on my knees
And I pretend to pray
You know the preacher liked the cold
He knows I'm gonna stay

This pokes fun of the old trope that Apple die-hards are a cult, how they're so willing to buy anything Apple makes. They're happy to stand in long lines at the church (Apple Store) and fork over their cold hard cash to the preacher (Tim Cook), who knows that these people are devoted to Apple, headphone jack or no headphone jack.

Then, after that verse is a

Which brings to mind the tale of the Pied Piper of Hamelin, a rat catcher who would lure rats to him by playing a magic pipe. And on September 14, Apple will play its pipe loudly, and the Apple faithful will gather en masse. 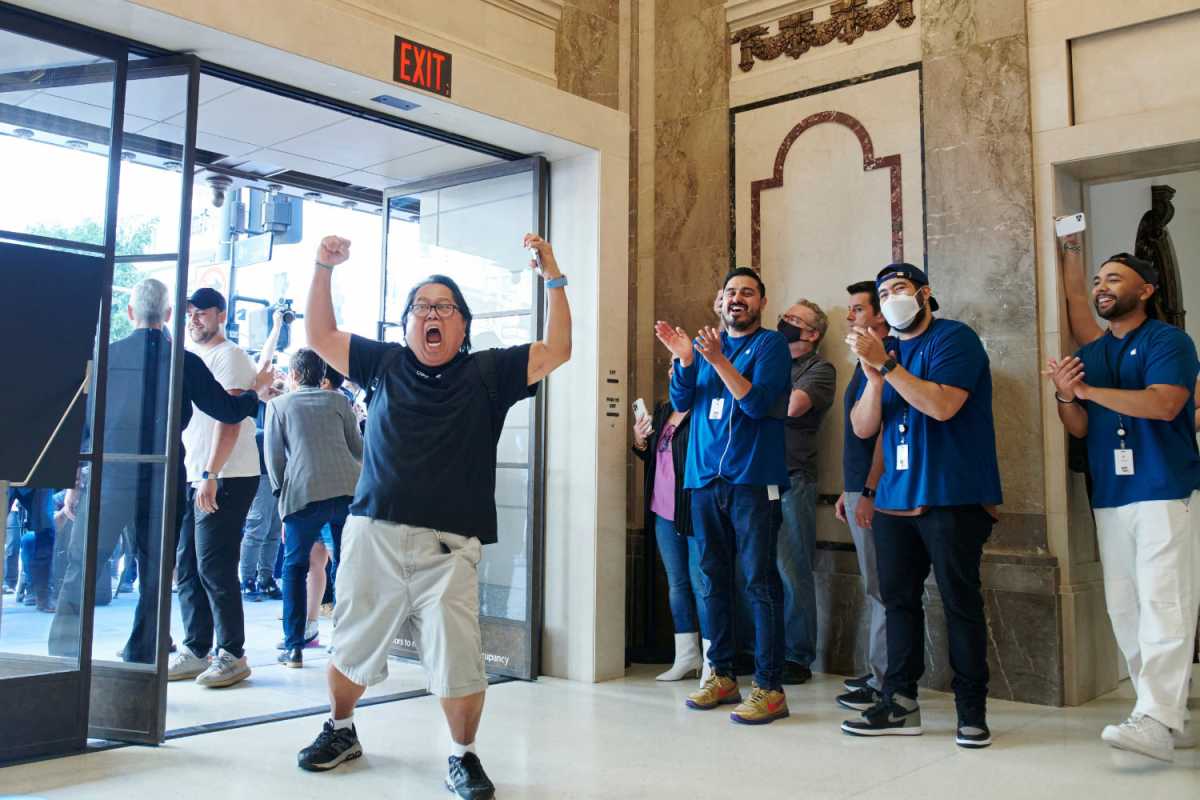 I've already covered the new Weather app and how it ties into the leaves and sky, but iOS 15's Maps also has new features, including augmented reality walking directions. Apple could show off how this works with the new iPhone 13. 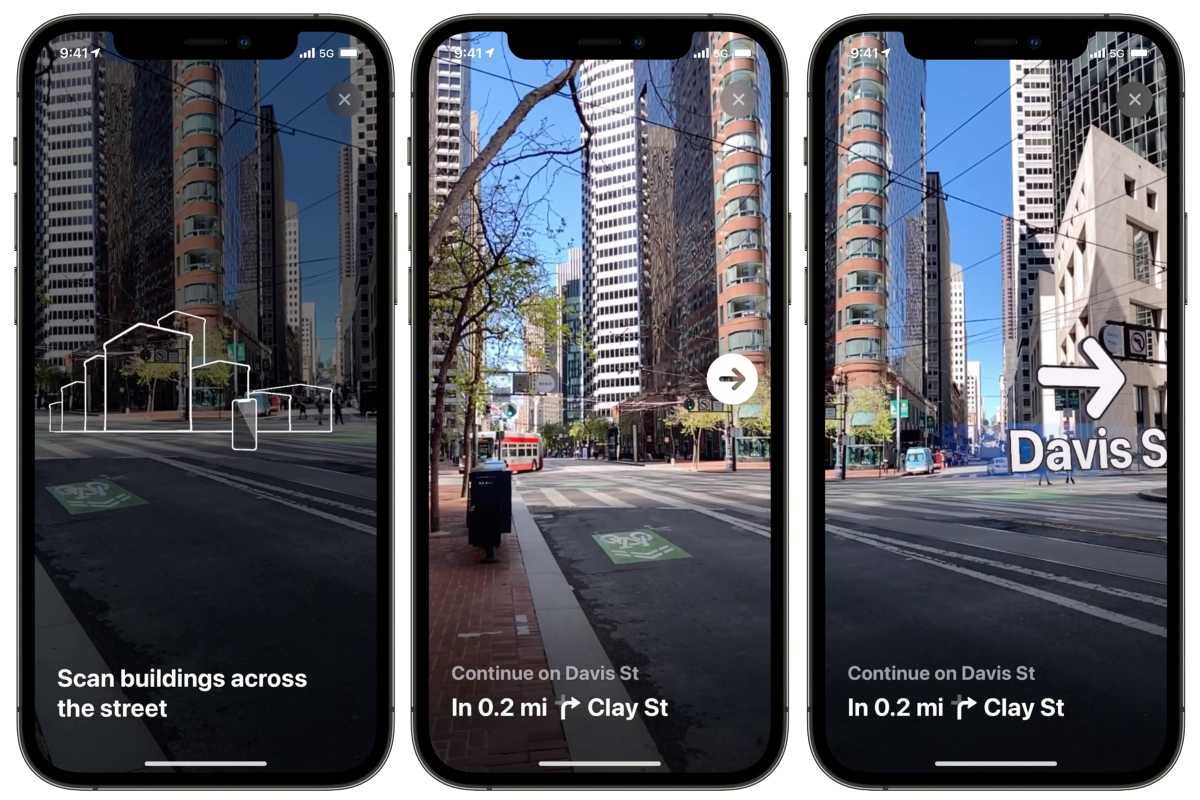 Who is her? Siri? Could this hint at a preview of new Siri security functionality?

Probably not. And the truth is, the lyrics don't have any relevance to Apple's event at all. It's easy to read anything you want into songs, lyrics, symbols, images, and words—and it's just as easy to poke fun at all the prognostication we do for Apple events. It's a good reminder to just sit back and enjoy it all. Thank you for your indulgence.