Even if you're vaccinated and commuting to work, the past year has made us all a little more wary of crowded and close confines. To help ease our minds, Google has announced a massive expansion of its transit crowdedness predictions to let you know when your bus or train might be too crowded.

Previously available in some 200 cities, Google is expanding the feature to more than 10,000 transit agencies in 100 countries to help commuters pick the best line for their needs. The system uses AI as well as crowd-sourcing and historical location trends to give users an idea of how congested a train will be. To contribute to the transit crowdedness, you'll see a What's it like on board tab with several options, including Not crowded, Very crowded and At capacity. 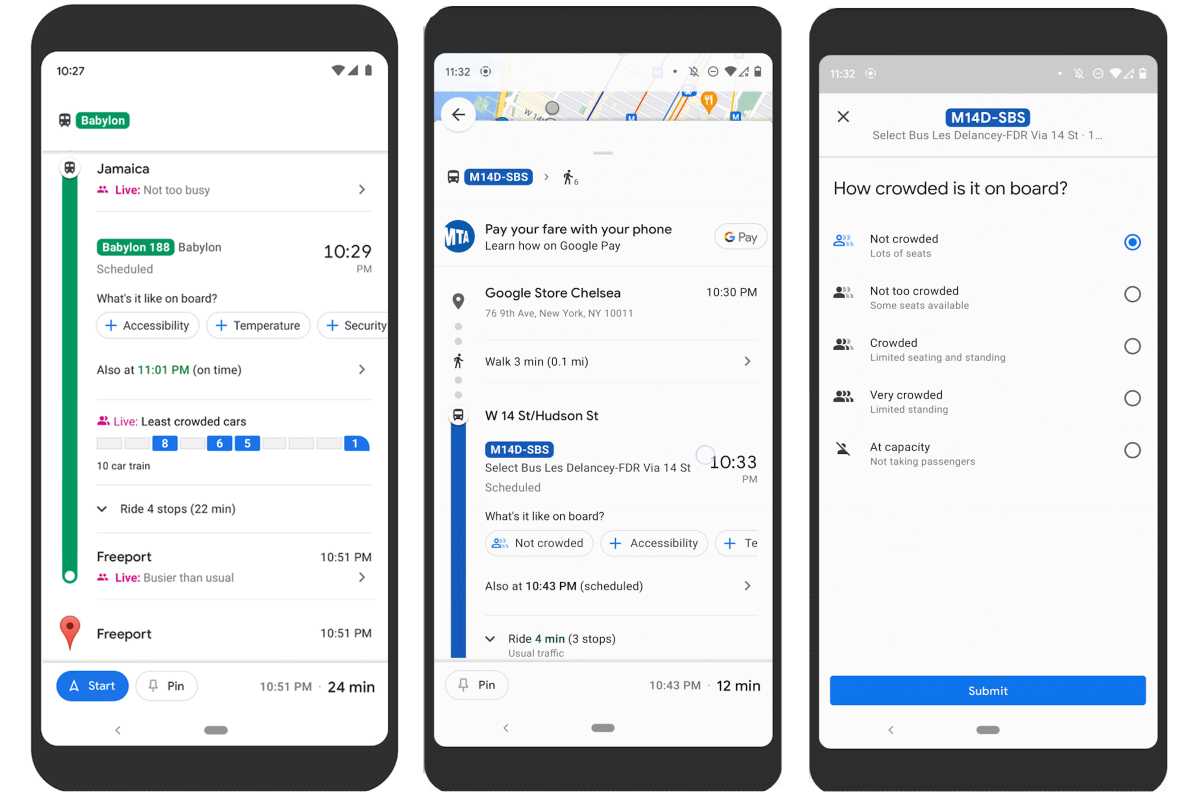 In New York and Sydney, Google is also testing the ability to see live crowdedness information right down to the transit car level using data from agencies including the Long Island Rail Road and Transport for New South Wales.

Apple has also enhanced the Maps app for transit riders in iOS 15, letting users pin their favorite lines and alerting iPhone users when their stop is approaching.

In addition to the new transit options, Google is also letting users add more detail to restaurant reviews with price ranges, takeout or delivery options, and the type of food they ordered.