It's been six years since Microsoft unveiled a new version of Windows, but this holiday Windows 10 users with eligible PCs will be able to upgrade to a brand new version of Microsoft's OS called Windows 11. And whether they want to admit it or not, it's going to look a lot like macOS.

Microsoft has changed a lot about the way Windows looks and works, but it's hard to deny that its modern, fresh, clean and beautiful interface borrows heavily from Apple's style with rounded corners, subtle transparency, and an overall fluidity that would feel right at home on a MacBook.

Despite its familiar interface elements, Windows 11 brings plenty of features that Mac users don't have. It leverages the touch-friendly nature of many PCs, introduces new ways to type and talk, taps into the power of the Xbox ecosystem to elevate PC gaming, and revamps the Microsoft Store with Android apps and a completely new revenue share policy that lets some developers keep 100 per cent of what they sell.

Of course, we're not going to see any of that in macOS anytime soon, but there are some features that would work really well on our Macs.

Apple revamped Safari's tab management in a big way with the upcoming launch on macOS Monterey, but Windows 11 has a neat feature in the Edge browser that makes it even easier to see and organise your tabs.

Instead of collecting them in a horizontal row above your window, you can also see them in a vertical list by clicking an icon in the top left corner. In an instant, you'll be able to see your open tabs as if they were bookmarks in Safari's sidebar, which makes it easy to find individual pages in a sea of open tabs. The new Safari will show tab groups in the sidebar, but not the individual tabs. 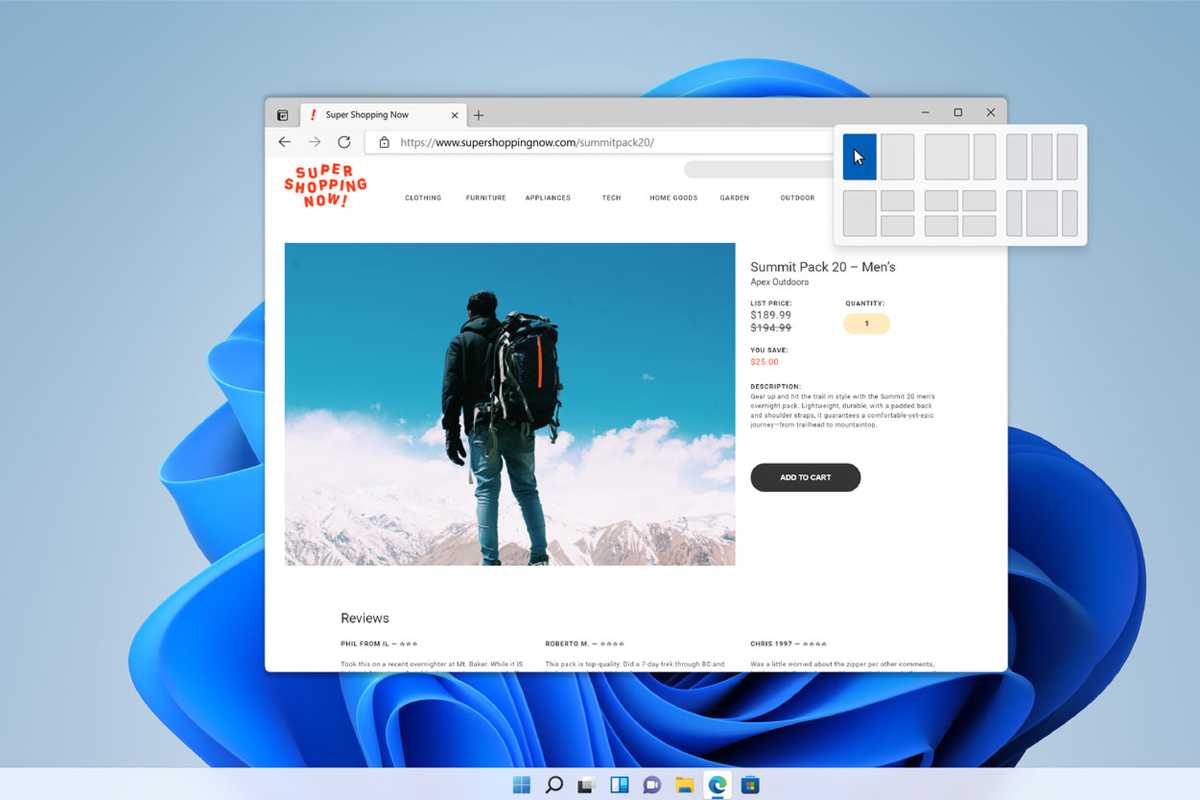 One of Windows 10's best features is the ability to quickly snap an app to the left or right side of the screen to quickly work side by side in full view. Apple introduced a similar system in macOS Catalina that lets you use apps side by side in Split View.

But Windows 11 takes it even further with new layouts that let you use two, three, or four apps at once in several preset layouts for quick and easy multitasking, and there are different layouts for different monitor setups and dimensions.

We've all been frustrated by shifting and wrongly sized windows when we unplug our MacBook from an external monitor, and Windows 11 has a nifty way to fix that.

When Windows 11 detects that a display has been removed, the windows that were on that screen will automatically minimise to avoid a mangled mess of overlapping apps. And when you plug it in again, those windows will return to the place where they were.

While Apple is being bombarded in court by developers who feel the company's 30 percent cut is too high, Microsoft is changing its own rules in Windows 11.

While the terms of the Microsoft Store have always been friendlier than the Mac App Store (85/15), in Windows 11 Microsoft is giving developers the option to keep 100 percent of what they sell by using their own third-party commerce platforms. 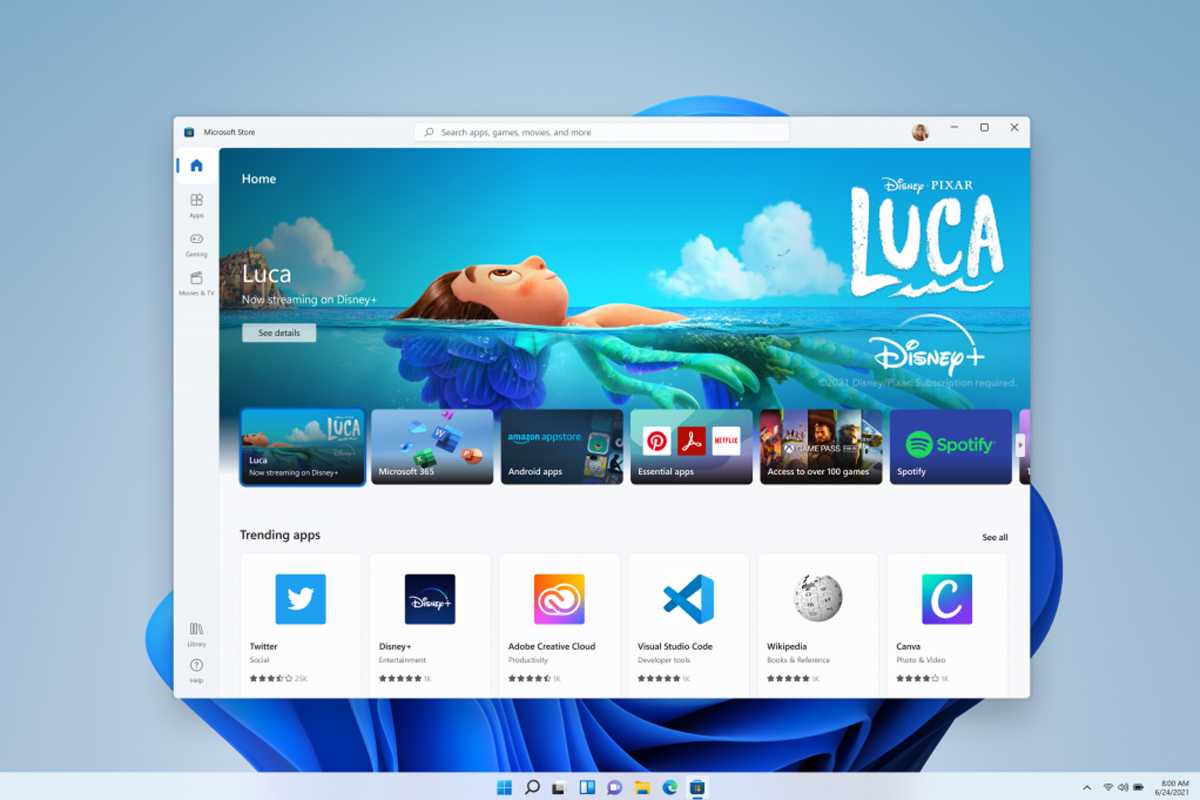 On one hand, it's obviously a response to Apple's regulatory issues, but it also begs the question if Microsoft can afford to make that change, why can't Apple?

Allowing third-party commerce engines would open the Mac App Store to developers put off by Apple's terms and open the door for the iOS App Store to relax its conditions as well. It seems inevitable that Apple will have to relent at some point, and it makes sense to start with the Mac, where the App Store isn't the only way to download. 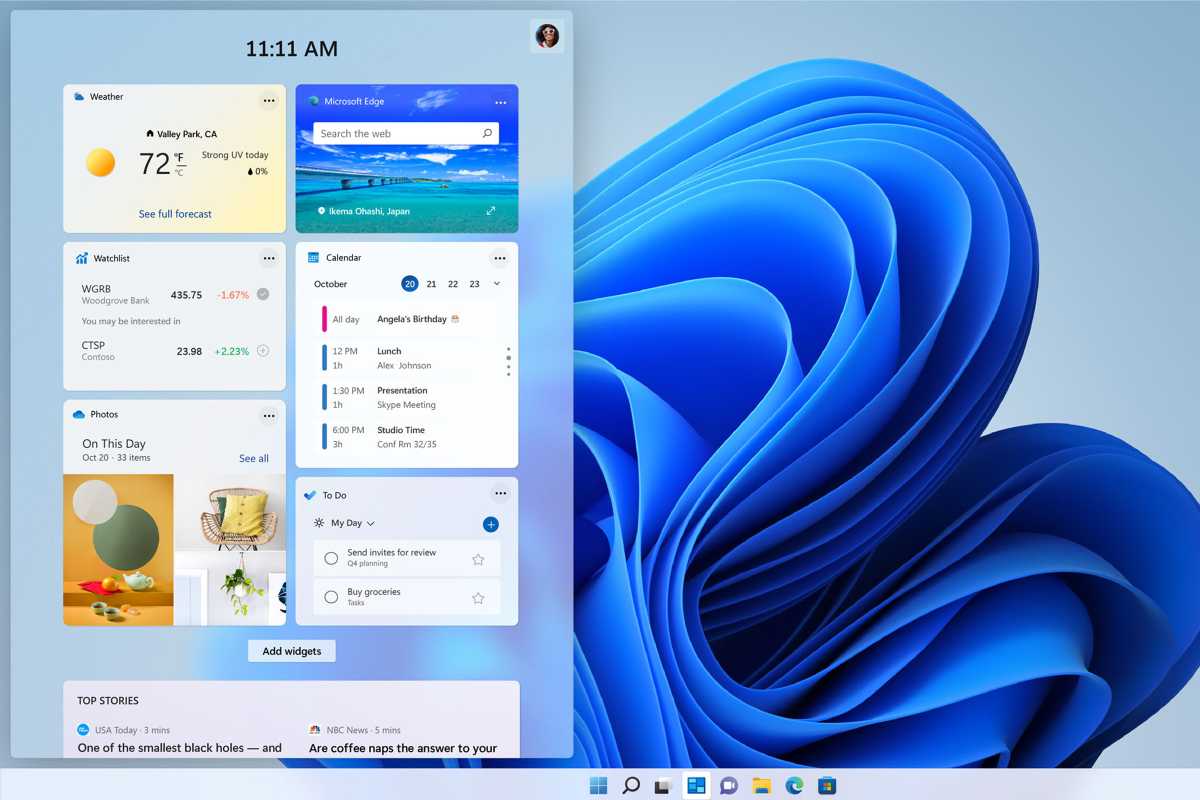 Windows users will finally get widgets when version 11 arrives on their desktops and laptops, and while it looks very similar to macOS Big Sur, with customisable and resizable blocks of data, Microsoft has also integrated widgets with a news feed to give a full dashboard of information.

Rather than a skinny rail of widgets, users can expand the widgets pane in Windows 11 to fill the entire screen, where they'll find an array of useful information, from traffic and sports to a customisable news feed that presents stories that will be of interest using both local and national sources.

Microsoft has even built a way to contribute to local publications if you like what you read. With Apple News and News+, it seems like a wasted opportunity to leave all those articles cooped up in an app.